Despite a recession forecast for all of Europe, the FFB wants to be reassuring about the future of construction 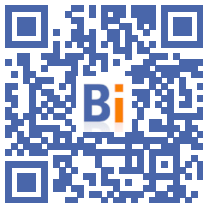 Insee, the European Commission, the European Central Bank... All the major institutes predict a recession for all of Europe by 2023 and France is no exception. Added to this is the management of inflation and interest rates, the outcome of which no one can predict since they are linked to the Russian-Ukrainian conflict.

In this difficult context, three observations nevertheless bring out the positive for the future of the sector:

About new housing, the trends are confirmed and the rebound due to the entry into force of the RE2020 and the HCSF regulations is gradually giving way to a drop upstream of the sector.

Although a pick-up in housing starts is still possible by the end of the year with permits up around 14%, year-on-year over seven months to the end of July 2022, these permits will inevitably fall with the collapse in sales of more than 26% in diffuse individual and nearly 15% in property development, in the first half of 2022 compared to the same half of 2021. The next two years promise to be "perilous" for new housing according the FFB.

A few days before the unveiling of the PLF, the FFB would like to remind you of the importance of preserving the investment capacity of key players in housing. In particular to social landlords, and in particular to Action Logement. The joint group plays a major role in the service of employees, companies and regions. Unbalancing its financial model through financial drains would constitute an additional risk in this housing crisis in the making.

The situation seems to be the opposite for non-residential where, after two years of slump, 2022 is looking better. In fact, the surfaces started and authorized show respective increases of nearly 18% and 7% year-on-year over seven months to the end of July 2022.

Finally, the improvement-maintenance activity continues to grow, although its momentum is somewhat disappointing, no doubt penalized by a CEE market that has been becalmed since the start of the year. The trend is close to +2% for the whole, as for energy renovation. But it should also be noted that this segment has been progressing steadily since the end of the health crisis. Cumulatively since the end of the first quarter of 2020, excluding the price effect, improvement-maintenance is up by 6,5% and energy renovation of housing by 12,4%.

All of these elements, including the downward revisions to the macroeconomic scenarios, lead to a slight reassessment of the FFB's forecasts for 2022. Growth in activity should stand at +3,8% in volume , compared to +4,3% forecast at the beginning of December 2021, mainly due to the lower increase in improvement-maintenance.

It also means that to date, the momentum gained before entering 2023 will prove less than hoped, even as expectations for the sector increase, given the ongoing energy war.

Beyond the blocking of building permits, one of the main factors explaining this decline lies in employment, which is struggling to keep up. Admittedly, compared to the end of the first quarter of 2020, the sector has created nearly 80.000 salaried and temporary positions, to which must be added 17.000 self-employed artisans, i.e. 97.000 more people. However, this figure has leveled off since the end of 2021.

No doubt the deterioration in the global outlook plays a role in this high-level stabilization. But above all, recruitment difficulties persist; they are even reinforced among more than ten employees, reaching historic proportions: more than four out of five companies report suffering from them.

Employment is therefore a bottleneck in the sector, while the pool of available skills is currently at low water level.

The energy war is reigniting the materials crisis

The third blocking factor, as important as the previous ones, still lies in the materials crisis, relaunched by the energy war. The hysteria on the gas and electricity markets has dashed all hopes of calm and the outlook is darkening. In fact, the closures of production chains seem to have multiplied since August: aluminum products, zinc, steel, tiles and glass products, etc. supply difficulties and fears of shortages are reappearing, without even mentioning the impact on the prices of these materials.

Overall, under the effect of these increases, the costs of building companies have already increased by 12% between the end of 2020 and June 2022, according to the INSEE BT01 index. It's not over yet, especially since general inflation is weighing on labor costs. And that explains why the treasuries are stretched, while it is necessary to add to these shocks the start of the reimbursement of the PGE.

The Assises du BTP must make it possible to respond to this situation, in particular by appealing to sector solidarity and national solidarity.
The FFB made a number of proposals during the preparatory meetings. For example, for public contracts, the simplification of the conditions for obtaining amendments aimed at compensating for the increase in materials without calling into question the market, the perpetuation of the ceiling at €100.000 for dealing by mutual agreement, the increase in the rate minimum advance. Other suggestions relating to the ecological transition have also been made, in particular the indexation of aid, the increase in energy saving obligations for the fifth period of the CEE or the effective implementation of the REP eco-contribution. nine months after publication of the tariffs, still unknown to date.

The FFB therefore strongly requests that the plenary session of the Assizes of September 22nd be considered as a new step towards the constitution of a real National Construction Council and not as an end. In fact, the successive crises since 2020 clearly illustrate the need for better coordination within the sector and better consultation with the government.