Descours & Cabaud will develop own brands and favor purchases in Europe 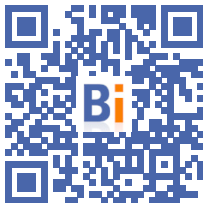 The family group Descours et Cabaud, distributor of equipment for building and industry professionals, will reduce its dependence on its Asian suppliers, while increasing the share of its sales made under own brands, announced its management.

"We are considering a gradual withdrawal from China and Asia on certain product lines, with a refocusing on the European perimeter, but that will not be done with a snap of the fingers", explained the director of development Alain Morvand.

However, "we are no longer there at the stage of assumptions but on a decision to be implemented", added Mr. Morvand to the press.

At the same time, the Lyon-based company intends to develop its own brands - products that it designs in-house and has them manufactured by third parties.

In personal protective equipment (PPE), one of the group's major specialties, these already represent 15% to 20% of sales. "One of our + challenges + is to achieve this same rate with our other brands", noted Mr. Morvand.

During the past financial year, the centuries-old group - it is celebrating its 239th anniversary this year - has shown its "resilience", welcomed the Chairman of the Management Board, Philippe Massonneau.

"The decentralized organization of the group has greatly contributed," he noted, noting that the Lyon headquarters, just renovated, employed less than 3% of the 14.000 employees.

Turnover thus stood at 3,7 billion euros - compared with the peak of 3,9 billion reached the previous year. And the share of sales made outside France reached a new record at 36%, thanks in particular to the 50 acquisitions made over the past five years.

"This is part of our fundamentals: not only are we not withdrawing from our network, but we are strengthening ourselves," noted Mr. Massonneau.

Since the start of the year, "the resumption of activity has been good, even very good", despite "steel inflation" and the appearance of certain supply difficulties. The group also encounters problems at the level of recruitment: "we lack 150 people in France", noted the person in charge.