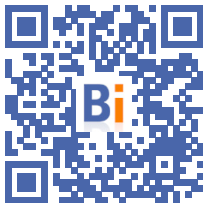 Stéphane Chicot "is not doing too badly": he has just found ten bags of wood pellets to feed his stove, from a seller in Saint Bonnet-de-Mure, in the Rhône. "I called a lot of suppliers: either nobody has stocks, or they only supply their customers"...

"It's a rare commodity", jokes this 47-year-old man who equipped his house with a pellet stove several years ago, in addition to the electric heating.

"When customers come from afar, we go up to 15 bags", specifies the boss, Stéphane Rosa, who makes "99% of (his) sales" with individuals. Its order book is full, with three months of delivery time, against the usual two to three weeks.

The trend is general, some suppliers no longer answer the phone. A pre-recorded message asks (to) send (a) request in writing" via a form accessible online.

The Auvergne-Rhône-Alpes is however the first region producing logs in France, a mode of heating in full expansion.

"It was the panic caused by the war in Ukraine that scared all energies," explains Eric Vial, general delegate of Propellet, the national association for wood pellet heating - "pellet" in English.

Current demand, two to six times higher than in 2021, is according to him "inadequate with the need", while consumption should only have increased by 12 to 13% this year according to Propellet's projections.

"It's irrational: people have to think and not panic" continues the general delegate, denouncing an "over-purchase" motivated by "the fear of missing out".

At the same time, with the combined increase in fuel, electricity and the plastic used to wrap pallets of pellets, prices have doubled. A 15 kilo bag now sells for around ten euros.

Despite the "overheating of the market", the general delegate of Propellet wants to be reassuring: "if consumers stop rushing on pellets and buy only the bare minimum, they lower demand and naturally the price will drop."

In the meantime, we have to deal with the restrictions.

Stéphane Chicot uses "one to two tons" of pellets for heating each winter. And for him, being satisfied with "10 bags is a bit of a joke". Pierre Liotard, 66, came to Bois Rosa to pick up some bags for his daughter living in Burgundy, where according to him, the pellets are "not found" while "the cold is coming."

According to Propellet, in 2021, 1,5 million French households were equipped with pellet stoves or boilers.

A few centimeters long, these small cylinders of compressed sawdust are considered renewable energy by the European Union, despite opposition from environmentalists.

Sales of pellet appliances, stoves and boilers, respectively increased by 43,2% and 119,6% in France last year according to the Observatory of Renewable Energies - an increase boosted by various purchase subsidies that can go up to several thousand euros.

Stoves, intended mainly for auxiliary heating, represent more than 90% of pellet appliances, boilers, which are larger and connected to the hot water network, are rarer.

If domestic production makes it possible to cover "about 85% of needs" with French wood, the increase in demand forces the branch to import "at exorbitant prices", mainly from Belgium, according to the representative of Propellet.

Like other distributors, Mr. Rosa is reluctant to import his pellets.

"It makes more sense to be next door, if only for an (ecological) or transport cost," he said.

Current demand is whetting appetites and "online scams are on the rise" for wood and heating sales, according to an alert from CIC bank to its customers. False merchant sites thus display attractive prices but do not deliver orders paid in advance.