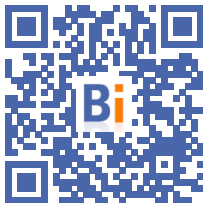 Grigny 2 (Essonne), le Chêne Pointu (Seine-Saint-Denis), Le Mirail in Toulouse ... These private condominiums presented as models of town planning in the 1960s and 70s are falling into disrepair and are emblematic of poor housing in the French suburbs. For the public authorities, these degraded condominiums have become an issue of urban renewal.

110.000 is the number of condominiums that are estimated to be weakened by financial, technical and social problems in mainland France, or 1,2 million housing units.

Some homes show deterioration of the building - sometimes to the point of collapse - threatening the health and safety of their occupants and residents.

In 2018, the collapse of two unsanitary buildings in the center of Marseille caused the death of eight people.

In Epinay-sur-Seine, in Seine-Saint-Denis, a 32-storey tower is the subject of an eviction procedure for risk of collapsing balconies and its occupants must leave their accommodation before December 8.

It is Ile-de-France which concentrates more than 50% of degraded condominiums, according to figures from the National Housing Agency (Anah) which has targeted 14 sites in the territory.

Launched in 2018 by the government and led by Anah and the National Agency for Urban Renovation, this plan aims to coordinate a national strategy for the treatment of condominiums. It has a budget of 2,7 billion euros over 10 years.

Its three axes are:

Rescue of Grigny 2 and Chêne Pointu

It was used as the setting for the film "Les Misérables" by Ladj Ly: the Chêne Pointu district in Clichy-sous-Bois was abandoned for a long time by the State, which had no leverage.

In 2015, the district was the subject of the first "operation to requalify degraded condominiums (ORCOD) of national interest". Thus, the State buys the apartments (around 700 to date) from the inhabitants and some are relocated in social housing.

The operation is estimated at 500 million euros and will last at least until 2030. Eventually, all the bars will be demolished.

In Grigny 2, one of the largest condominiums in Europe, plagued by unsanitary housing, the State will buy back through the Ile-de-France land establishment (Epfif) 1.320 out of the 5.000 housing units . Among them, 920 will be destroyed (nine buildings out of the 104) and 400 transformed into public housing.

This is the largest condominium recovery operation in France.

In both cases, the pauperization sank the co-owners who found themselves crushed by the combined weight of the repayment of credit and high charges.

The repurchase of the apartments is debated among the owners. Many criticize offers at "broken prices", between 900 and 600 euros per m2.

"We are aware that it is socially delicate but these accommodations are no longer worth anything", confides a person close to the file.