Public deficits and debts: where is France compared to its neighbors? 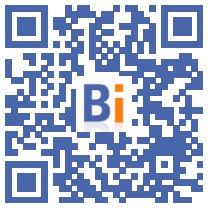 Heavily hollowed out by support plans during the pandemic, deficits and public debts in Europe are gradually coming back into the spotlight, France not being too badly placed against its neighbors.

France, closer to the South than to the North of Europe ...

Further north, Denmark would post a public debt to GDP ratio of 40,2% and the Netherlands 58%. Austria, it would be at 87,2%. These three countries are part of the "frugal" club, supporters of strict management of public finances. Germany, for its part, would be at 73,1%, or more than 13 additional points compared to 2019, the result of increased spending during the crisis.

... but no worries on the horizon

"The comparison does not mean much", tempers Gregory Clayes, economist at the Bruegel Institute.

First, because the States have been hit by the pandemic in different ways, the service industry, central to the South through tourism, having paid a very heavy price, calling for stronger budgetary support.

"If it had not been for these deficits, there would have been even more bankruptcies in Italy, France, Spain. It would have damaged their economic fabric and would have created a much deeper long-term divergence" , continues Mr. Clayes.

Then, the public finances of these states show very different realities.

"There are several factors and characteristics which make the French debt very different from that of the countries of the South", underlines Alex Muscatelli, analyst France for the rating agency Fitch Ratings. It highlights its importance on the continent as a debt issuer, the size of its capital markets, and lower borrowing interest rates than in Spain or Italy.

Regarding debt sustainability - the ability to honor repayment deadlines - the French situation is also under control thanks in particular to these low borrowing rates and growth prospects, with 6% this year and 4% the next year expected by the government.

Austerity, taboo for the time being in Europe

Ten years after the debt crisis in the euro zone, the fear of breaking the timid recovery is taking precedence over any hints of budgetary austerity. The EU "will not repeat the mistake" which had plunged Europe into recession, promised on September 15 the President of the European Commission, Ursula von der Leyen.

The European debt rules at 60% of GDP at most and deficit at 3%, supposed to be re-imposed in 2023 after a pause linked to the pandemic, are also the subject of renegotiations, many leaders deeming them obsolete.

While the French Minister of the Economy Bruno Le Maire evokes a "serious" financial in the 2022 budget despite additional spending, Italy wants to adopt an "expansive policy" next year, according to its Minister of the Economy, Daniele Franco. The country is targeting a pre-pandemic debt level "by the end of the decade".

Spain, after having undertaken in recent months costly measures such as the indexation of pensions to inflation or the revaluation of the minimum wage, is targeting a return below 3% of deficit not before 2025, however committing to Brussels to implement cost-saving measures, in particular a pension reform.

Berlin wants to comply from 2023 with its constitutional rule not to borrow more than 0,35% of its GDP each year. Germany, where elections are held on September 26, has room for improvement after nearly a decade of budget surpluses.

For Thomas Grjebine, of the Center for Prospective Studies and International Information (CEPII), "there will be pressure from the countries of the North to reduce deficits, which is problematic if they do not revive their demand".

"A more virtuous scheme would consist for them to revive their consumption, which would allow the countries of the South to relieve their exporters", according to him.