Decrease in Nexity's turnover in the 1st quarter, impacted by the slowdown in commercial real estate 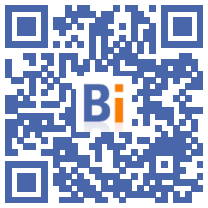 The real estate developer Nexity announced on Wednesday April 27 a drop in its turnover in the first quarter, with a drop in its development activity in offices.

Nexity, which presents itself as an "integrated operator" covering all real estate trades, from promotion to trustee management through the operation of residences, generated 895 million euros in turnover.

This is 21% less than a year earlier, 13% without taking into account the disposals last year of the Century 21 agency network and the manager of senior residences Aegide-Domitys.

A figure "well in line with forecasts", according to the group which maintains its financial objectives for 2022.

"Nexity is going through the current period of instability with confidence and has not observed any significant short-term impact of the global geopolitical context on its commercial activity or on the progress of its projects. (...) We are already in action to anticipate and absorb a potential deterioration in economic conditions in the coming months", assures the general manager, Véronique Bédague.

The group believes that it is able to cope with a "more pronounced" increase in the cost of building materials and a rise in interest rates.

The decline in turnover comes from its Promotion branch, which represents nearly 80% of its activity. In the residential sector, new housing reservations remain stable, but they bring in less because they were made more by social landlords and institutional investors, whose orders are less profitable.

"The continued recovery in the number of building permits obtained since the start of the year (+17% compared to Q1 2021) will fuel the commercial offer in the coming months", nevertheless promises Nexity.

In commercial real estate, on the other hand, activity is plummeting. The group, which had made a major sale in 2021, an office tower in Saint-Ouen (Seine-Saint-Denis), assures that this decline was expected in "a market at the bottom of the cycle and always wait-and-see."

Its Services branch is seeing its activity progress, after having suffered from health measures linked to the Covid-19 epidemic in 2020 and 2021, particularly in its coworking spaces.