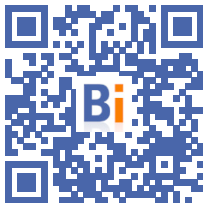 The right-wing majority Senate on Thursday, against the advice of the government, entrusted the competence of the public employment service to the regions, as part of the first reading examination of the draft law on decentralization.

The senators voted in the hemicycle this new provision added in committee. The National Assembly will however be able to come back to it when it is in turn seized of the 3Ds bill (differentiation, decentralization, deconcentration and simplification).

According to the mechanism adopted by the Senate, the regions would thus be entrusted with the regional policy of access to apprenticeship and vocational training for young people and adults and the coordination of actors in the public employment service. Their role in the governance of Pôle emploi would be strengthened.

The Minister of Territorial Cohesion Jacqueline Gourault tried in vain to have this new article deleted, stressing in particular that the regions already participate in the coordination of the actors of the public employment service and that a regional management of Pôle emploi, without funding, would make it "inconsistent". The government also points out that regional experiments on vocational training are continuing in five regions.

The Communist-majority CRCE group also demanded the deletion of this article, fearing a "reinforcement of inequalities between the territories".

The left had previously opposed, unsuccessfully, a provision aimed at "softening the room for maneuver" of the departments in the payment of the RSA (income of active solidarity). By allowing departmental councils to impose a condition of assets to benefit from the RSA, it "stigmatizes the most precarious", affirmed the socialist Eric Kerrouche.