Death of the architect Gérard Grandval, creator of the "Choux" of Créteil 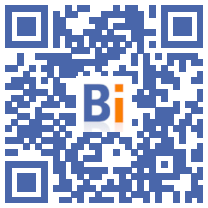 Gérard Grandval, French architect winner of the Prix de Rome, notably known for having designed the atypical large ensemble of "Choux" in Créteil (Val-de-Marne) died Thursday December 2 at the age of 91 years, announced his family on Instagram.

A ceremony will be organized on December 9 at the crematorium of the Père Lachaise cemetery in Paris, the family said in a message published Monday on the architect's Instagram account.

Born in 1930, Gérard Grandval was commissioned in 1968 to design a new district as part of the renovation of the town of Créteil, prefecture of the very young department of Val-de-Marne, which had just been created in the south of France. east of Paris.

From this wind of modernity are born the "Choux", ten imposing and rounded towers built in the early 1970s in front of the courthouse.

Well known to the inhabitants of Val-de-Marne, this large complex stands out from other building bars built at the time by its domed shape and its imposing petal-shaped balconies, designed to protect the inhabitants from outside view and the wind. , and which earned the Palais district its nickname, because of their resemblance to a cauliflower.

In addition to this large group of Créteil, Gérard Grandval, a graduate of the National School of Fine Arts then promoted to Chevalier des arts et des lettres, worked in particular on the fashion exhibition center at the Louvre in Paris, the headquarters of the company Bob Ore international in Montreal and on that of the Société de transports aeronautiques (STA) in Algiers.