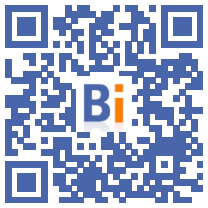 French craftsman and industrialist Dominique Imbert, designer of hanging fireplaces that have become icons of the 81th century, died on Monday at the age of 50, the company Focus, which he had founded more than XNUMX years ago, announced on Wednesday. .

Born in 1940 in Montpellier, Dominique Imbert was first an ethnologist in Alaska before obtaining a doctorate in sociology at the Parisian University of the Sorbonne, then teaching in a Parisian high school.

He radically changed his life in 1967, reviving a youthful passion.

“When I was a teenager, in the country, on vacation, I spent my time making iron furniture at the village blacksmith's, making steel shapes that I dared not call sculptures. 'suddenly resumed at 27 years old. So I left Paris and created my workshop in the south of France ", in the small village of Viols-le-fort, in the Hérault, he said. on his company website.

"It was very cold in 1967 in my ruin. With pieces of metal recovered on the right and on the left, I made a form to make a fire there," he recalled.

The young man will be inspired by it a year later to create his first model on the market, the Gyrofocus.

The success of these fireplaces, with rounded shapes, modern and soft at the same time, and which seemed to float above the ground, was initially modest, since it was not until 1980 that the 100th copy was produced.

International recognition will begin in 1988 when the French SME tops out American and Swedish competitors to equip some 300 luxury residences in Japan.

Now identifiable at first glance, the range, enriched with gas fireplaces and where white has made its appearance, now has around sixty models and the threshold of 50.000 copies was crossed in 2014.

Dominique Imbert's fireplaces have been exhibited in museums, including the prestigious Guggenheim in New York, underlines the company.

"For me design is the expression of a tension between poetry and need, between graphic art and functionality, between the emotional and the rational. But am I a designer, the question always remains. .. ", said Dominique Imbert.

His company, of which he had entrusted the reins to two employees in 2019, generates some 60% of its turnover from exports and employs nearly 100 people, divided between Viols-le-Fort and the production workshop of Cavaillon (Vaucluse).