With its feet in the water, Dakar expects the worst 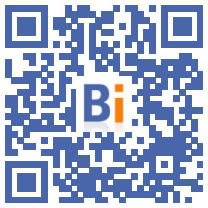 Ministers in water up to their knees who are booed by the population, exasperated local residents who block the toll highway to the airport: the suburbs of Dakar are not fading, while the worst of the rainy season remains to come.

"Incapable!", Gets carried away a local resident, designating the Ministers of the Interior and Regional Planning, who have come to observe the damage under good escort.

The courtyard of his house in Keur Massar, in the eastern suburbs of Dakar, has been transformed into a backwater for three days. Inside, he's raised his bed and some furniture, but he's wading up to his ankles in the water.

Installed in a hurry before the arrival of the ministers, a lonely pump hiccups, struggling to suck the vast pool overflown by vibrating dragonflies.

"It's like that every year. Nothing has been done. We're very tired. There are even people who have moved because of that," comments disillusioned a resident of the neighborhood, Moïse David Ndour.

The capital of Senegal is regularly plagued by flooding between July and October. But Dakar residents are struck this year that it took only two days of rainfall to cause so much damage so early, while the end of the rainy season, or wintering, is still far away.

The experts interviewed by AFP mainly blame the absence or insufficiency of the sanitation network, the construction of housing in flood-prone areas, on clay soils and in basins, the proximity of the water table, poor governance in national and municipal level ...

"There is a very worrying paradox: the rains have decreased in recent years. So less and less rain is causing more and more damage!", Explains Cheikh Guèye, geographer and researcher at Enda Tiers-Monde. "And forecasters tell us heavy rains in September ..."

However, when President Macky Sall came to power in 2012, he launched a ten-year flood control plan, with a budget of over 750 billion FCFA (1,14 billion euros).

Pumping stations and drainage canals have indeed been installed in certain districts of Dakar, but many others feel neglected.

The authorities launched the Orsec plan on Saturday, an emergency plan that makes it possible to mobilize increased financial and material resources in a disaster situation.

"Every year, we only try to relieve the populations and get them out of the water. There is a lack of consistency between the various actions - construction of embankments, pipes, pumping, rehousing - as part of a strategy. global ", regrets Pape Goumbo Lo, geologist.

A complex necessity, in a city with very strong demographic growth, which is home to more than 3,7 million inhabitants, or nearly a quarter of the Senegalese population, and where there is a shortage of 150.000 homes according to the authorities.

In Mbao, it is the national road which is made partially impassable by stagnant water, while it has not rained for three days.

While cars and trucks can cross, two-wheelers and public transport cannot.

"We have no choice: we get wet or we take the carriages to cross the street", testifies a resident, Ibrahim Cissé, precariously balanced on a sidewalk, water up to his ankles.

"The water has been there for 72 hours! We must pump the water most urgently, while waiting to clear the blocked channels. There is a malfunction of the pipe system," he continues.

In front of him, about ten people took their places on one of the many carts drawn by a small horse, which is usually used mainly for transporting goods.

"There is a lot of damage, traders cannot open ... In a country like Senegal, we have to go beyond that", thunders a local resident.

Geographer Cheikh Guèye, however, is not optimistic.

"We are building in a flood-prone area. Every day new neighborhoods are born, and we reproduce the same errors that we are already fighting against. There is no sanitation planning, no drainage master plan. . In ten years we will have the same problems there as today in Keur Massar ", he warns.