Critics and suspicions are piling up for Jean-Luc Boch, spokesperson for the ski industry 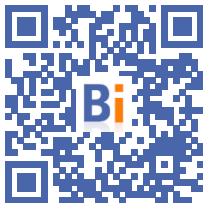 Jean-Luc Boch recognizes "errors" but denounces "revenge": the influential mayor of La Plagne, the third largest ski resort in France, is overwhelmed by suspicion of conflicts of interest denounced by opponents.

The Savoyard, who has chaired the powerful National Association of Mountain Resort Mayors (ANMSM) since 2020, is a face known to the media. A supporter of all-mountain skiing, he vigorously defends the resorts, especially with the government.

This 54-year-old city councilor has been running the town hall of La Plagne-Tarentaise since 2014, but he is also the boss of a construction company in his town.

A double hat which has already earned him the cancellation of a deliberation by administrative justice. But other reports, including one in criminal matters, directly implicate him.

In the spring of 2017, the child of the country newly appointed at the head of France Montagnes, the tool for the defense and promotion of white gold in France, had the municipal council vote for the sale of plots in the heart of the resort to a promoter who will call on Boch et Frères, a company of which he is president, for the earthworks of the land.

The administrative justice definitively recognized in the spring of 2021 the illegality of this decision, judging the mayor personally "interested" by this vote from which he did not deviate. An "error" admitted by Mr. Boch, who assures that he was not aware that his company was going to intervene on the project.

This episode, revealed by Marianne in July, results from an appeal filed in 2019 by a former member of his majority, Joël Ougier-Simonin.

The former elected representative denounces multiple inconsistencies in the municipal management of this real estate project of the "Lodges" and the justice opened an investigation at the origin of a series of searches carried out at the end of 2020 at the town hall as well as at the headquarters of the business and home of Jean-Luc Boch, which has not yet been heard.

Witnesses, however, confirmed to AFP that they had been interviewed by Lyon investigators, but the Lyon public prosecutor's office is not available at this stage to comment on this information.

If the municipal deliberation was canceled, the sale of the plots was not appealed against and could therefore be validated for one million euros.

But the State, via its Department of Domains, had approved in 2017 this sale price for a much smaller area than the land actually sold: 2.328 square meters, against about 3.300 in the notarial deed of sale which AFP has got copy.

"The community has been penalized by several hundred thousand euros", at least 400.000, maintains Mr. Ougier-Simonin. And this for the benefit of the promoter, who will then hire the company of the same Mr. Boch for the earthworks of the site.

Asked about this component, the latter explains the difference in surface area by "writing errors", both on the Estate side and on the town hall side.

The whole project was "badly fitted from the start", castigates the former mayor and opponent Bernard Broche, who claims never to have "had all the concrete elements on the file" or "answers" to his questions, "except when the justice began "to take an interest in it.

Critics of Mr. Boch slip that the mayor had been warned of the risks of gender mixing at the start of his mandate, in 2014.

At the time, he had renewed the snow removal contracts between his town and his company, against the recommendations of the prefecture because, he defends himself today, it was too late to change provider before the 'winter.

The Regional Court of Auditors will estimate in a 2018 report that knowingly, the mayor had then "maintained a situation of conflict of interest".

As part of another luxury real estate transaction, the mayor's company is also accused, in a report sent to the State services, of having dumped in 2019 several tens of thousands of cubic meters of earthworks on a ski slope without any permit from the town hall.

Jean-Luc Boch acknowledges that his company "might have had to ask for authorizations" but assures that "the track has not been modified".

Photos taken at different times as well as testimonies confirm, on the contrary, that the track has been permanently modified. The general manager of the Société d'Aménagement de La Plagne (SAP, a subsidiary of the Compagnie des Alpes), which manages the ski area, is visibly embarrassed.

"We, in any case, we were not ordering", assures Nicolas Provendie, without denying the impact on the ski slope. The SIGP, a public intercommunal union which entrusts the management of the station to the SAP, has been chaired since 2020 by Jean-Luc Boch ... whose company had established many contracts with the SAP.

Boch et Frères also dumped piles of rubble on another site where they pile up, in places, up to the treetops.

For these deposits, the company has benefited from an "oral agreement" with the town hall since 2009, says Mr. Boch. A gendarmerie investigation was opened after a report sent to the regional environmental directorate (Dreal), the Savoie prefecture reported to AFP.

"Each time, I am looking for trouble," annoys the city councilor in the face of these multiple reports. He sees in it above all a "revenge" from Joël Ougier-Simonin, who according to him "absolutely tries to have (s) a head."

Mr Boch categorically refutes any personal enrichment. "On the contrary, (my election) closed a lot of markets for me," says the elected official.

For many inhabitants, these cases illustrate the flaws of a local economy completely turned towards skiing and "plagued by real estate," in the words of an elected representative of the valley, who welcomes the reports of those who " are fed up with seeing the mountain being destroyed. "

The construction "of new buildings will stop in a very short time," says Jean-Luc Boch. "One or two big projects and then it's over."