Covid: no immediate lifting of restrictions, but the government wants to "give visibility" 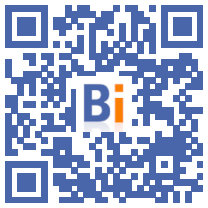 A Health Defense Council meeting Thursday, January 20 in the morning at the Elysée must "give visibility" as to the restrictions linked to the health crisis, even if the epidemiological situation must maintain the status quo for at least fifteen days, has it -we learned from government sources.

The executive is faced with a paradoxical situation: if the number of positive cases continues to increase - and to break records at more than 300.000 daily contaminations on the average of the last seven days -, the pressure on the hospital and in particular the services resuscitation tends to stagnate.

Among the options of the council chaired by Emmanuel Macron, an intermediate solution is at this stage preferred. It consists of giving a timetable for lifting the restrictions, in particular with regard to gauges, the ban at least until January 24 on standing concerts and the closing of nightclubs.

"We should ask the French for another two weeks of effort before lifting restrictions," a source close to the executive told AFP.

“We want to give a little visibility, especially since people are fed up. We will say that if the conditions improve, in one or two weeks we will lift restrictions”, adds another source.

The Defense Council must also decide on a postponement to June of the baccalaureate specialty tests, a scenario that would hold the rope, according to several sources within the executive.

On Wednesday, the Minister of Labor, Elisabeth Borne, already announced to the social partners that the government was considering extending “for another two weeks” the rule providing for a minimum of three days of teleworking per week.

The question of the massive testing campaign must also be addressed, as nearly 1,6 million PCR or antigenic nasopharyngeal samples were taken last week.

Its relevance is now called into question by some experts given the uncontrollable circulation of the virus, while the massive campaign should cost "a little more than one and a half billion euros in January", said Monday the Minister Delegate for Public accounts, Olivier Dussopt.

"We want to remind you that we are the country with the fewest restrictions in Europe, that we did well to put in place the health pass in July and not to reconfine a year ago", explained a source close to the executive.

Another source says that "the entry into application of the vaccine pass", hoped for this weekend by the government, can become "a tool for managing the hospital decline, if, for example, the number of cases goes up in a region, we would activate it with a geographical approach".