Covid-19: the executive sees the end of the crisis and details the instructions for use 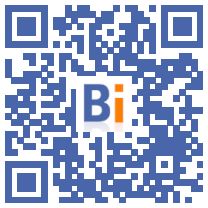 How to return to the stadium, to the terrace or to the cinema? The executive detailed the instructions for the return to a more normal life from May 19, Jean Castex optimistically evoking "a lasting exit from the health crisis".

"I say it in the clearest way: we are finally in the process of emerging sustainably from this health crisis," said the head of government, in an interview Tuesday with Le Parisien, more optimistic than some of the health experts who fear still an epidemic rebound.

"Obviously, this exit will be done in a progressive, cautious and accompanied way". he added.

Because with an average of 17.000 positive cases of SARS-CoV-2 per day over the past week, the level is still far from the threshold of 5.000 that the executive had set to get out of the second confinement in December.

In its latest opinion, the scientific council, supposed to guide the government's choices, also warns that "the coming months will be very uncertain" if the incidence rate remains high, placing the cursor under the bar of 10.000 new cases per day .

A week and a day

The braking of the epidemic for four weeks has made it possible to reduce the influx of patients and the number of deaths in hospital (293 on Monday), but 4.870 patients with Covid-19 were still treated in the intensive care units on Monday. , a level barely below the peak of the 2nd wave (4.900 in mid-November). Nevertheless, this indicator is decreasing significantly every day.

A week and a day away from the first drinks on the terrace and the return to the cinema or the museum, Matignon has delivered a detailed manual for reopening, from zoos to casinos, including small tourist trains and bowling alleys.

As planned, cafes and restaurants will be able to reopen their terraces from May 19, but they will have to be limited to half their capacity, and with tables of six maximum. A gauge also in effect from June 9 indoors.

In the hotel industry, we hoped that certain territories would be spared by this gauge, which will severely handicap them, while only 40% of these establishments have a terrace, and that foreign tourists, like business customers, do not. will not be back this summer.

For their part, wedding professionals deplored a very partial green light for them, because of the curfew at 21 p.m. then 23 p.m. in June, an "absurd trip".

Bercy announced that aid to companies in the most affected sectors will be maintained but reduced between June and August.

Minors will be able to return to the gymnasiums and swimming pools on May 19, but only for non-contact sports, with a gauge of 50%. Adults will wait until June 9.

For their part, despite criticism of the opposition, the deputies gave the first green light Monday evening to the creation of a health pass, providing for a negative test for Covid-19, vaccination or a certificate of recovery after contamination, for trips abroad or large gatherings.

"We will not require it in workplaces, education, in public services, museums, libraries, department stores, markets, vacation spots or places of worship," said Jean. Castex in Le Parisien.

"We have the right to be optimistic today, because the efforts of the French are bearing fruit" and that there is "a new deal in the way out of the crisis" with vaccination, insisted the spokesman of the government Gabriel Attal, on France Inter.

From Wednesday, the centers will also welcome, regardless of age and health, adults who have found a time slot available the day before for the next day on the meeting platforms.

Doctolib, which plans more than a million injections during the Ascension Bridge, announced that it will open a space for these remaining doses on Tuesday.