Covid-19: The Court of Auditors notes a profusion of measures for employment at the risk of scattering 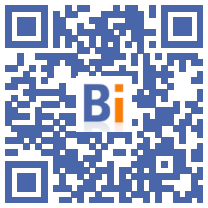 Faced with the Covid-19 health crisis, the Ministry of Labor provided "massive and rapid support" for employment with a "profusion" of devices at the risk of "scattering" and a control "insufficiently taken into account ", said Monday the Court of Auditors in a report.

"Emergency measures, targeted and massive, implemented quickly in the early stages of the [Covid-19 health crisis], succeeded in the summer of 2020 a profusion of measures responding to various objectives - do faced with the continuation of the health crisis, take into account new emergencies, prepare for the post-crisis period - at the risk of a certain confusion ", notes the Court.

The Wise Men welcome the "responsiveness" of emergency measures at the start of the crisis, including partial activity which benefited from "considerable financial resources (33,8 billion euros planned for 2020)".

They note that the partial activity "has avoided, or at the very least deferred, part of the negative impact of the crisis on employment", while stressing that "the management of the exit from the crisis will be decisive for to establish the final balance ".

On the training of employees in companies resorting to partial unemployment, the Court considers, on the other hand, that "the results are mediocre for lack of targeting of the device in terms of audiences and content".

The authors also note "a profusion of measures at the start of the 2020 school year at the risk of a certain scattering", estimating among other things that the "one young person, one solution" plan has deployed many measures "at the risk of a dispersion of means" .

The Court also emphasizes that "the massive deployment of new support systems" was the "determining factor in controlling the payment of aid properly", which "was not properly understood by the public authorities".

"The control plan was designed in a quantitative logic and a desire to demonstrate a rapid response to fraud, to the detriment of the quality of the latter," say the Wise Men.

The Court makes ten recommendations, such as launching "a new wave of a posteriori checks on partial activity files since March 2020" in order to be able to better assess the extent of the fraud, or to "better target the devices".

In his response, on the subject of "scattering", the Prime Minister argues that immediate solutions and "structural measures in the short and medium term" were needed. On the controls, he says he subscribes "unreservedly" to the recommendation "to intensify the cross-checking of data".