Covid-19: the hope of the "end of the tunnel" in the spring, instructions for use 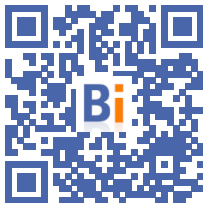 Emmanuel Macron and his government evoke a gradual reopening of the country in mid-April, thanks to vaccination and the establishment of a "health pass". Update on the reasons and modalities of this scenario.

After the "4 to 6 weeks" to be held still mentioned by Emmanuel Macron on Monday, Gabriel Attal hoped Wednesday for a "return to a more normal life (...) perhaps from mid-April", thanks to the effect vaccination to relieve hospital pressure. The executive notably monitors the model of the Institut Pasteur which estimates that the number of hospitalizations could be almost twice as low on May 1. It also expects the acceleration of vaccination: The government hopes six million additional first-time injections, nine million in total at the end of March. "A rise in collective immunity which can allow us to begin to loosen the constraints" on "the places that make up social life".

Why risk giving a date?

Because the French are more and more weary after a year of crisis. The executive considers it essential to give them a horizon, especially as part of the country risks being subjected to new restrictions as of next week. "I know that this curfew is very hard for the French," Emmanuel Macron told a senior on Monday. "But, for the first time in months, the return to more normal lives is in sight. Our sport, our culture, all our outlets, all these places that make our social life will reopen," assured Gabriel Attal. "It is obviously a horizon at the end of the tunnel that we must always keep in view."

In order to reopen cultural, sporting and catering venues, everything will revolve around the "health pass" announced by Emmanuel Macron last week, a digital tool. Its modalities are on the menu of a meeting organized at the Elysee Palace on Wednesday with the main ministers concerned. Its implementation will indeed pose many technical questions, respect for individual data and freedoms. And will require a legislative text, according to the executive, hence the obligation to anticipate.

This "pass", which could be linked to the TousAntiCovid app, could first of all be a tool for tracing contamination and alerting contact cases, thanks to an encrypted QR code to be scanned at the entrance of the restaurants or gyms. If a client was inside at the same time as a person who tested positive, they will receive an alert to get tested. This QR Code, on which professionals have been working for three months, could also automatically measure the attendance gauge and regulate entries. This system should be more efficient than TousAntiCovid, which is still little used.

But the "sanitary pass" could also make it possible to give access to certain places to people who are not at risk of infecting others, either because they are vaccinated, or because they have passed a recent negative test. less than 72 or 48 hours, explained the head of state. On the other hand, there is no question of a "vaccine passport" which would reserve access to only those vaccinated as long as the vaccine is not accessible to all. The subject divides the European Union and Macron is among those who are totally opposed to it.

Parallel track, the implementation of expert protocols, in particular for festivals, large performance halls or stadiums. Each minister was asked to present safe health protocols on Wednesday. The government is awaiting in particular the result of several "test concerts" which will be organized at the end of March by the Ministry of Culture in Paris and Marseille. The principle: tests at the entrance, without preventing the positives from entering, an organized distancing, then post-event tests to find out whether the protocol has succeeded in preventing contamination.