Covid-19: European airports will not regain their attendance levels before 2025 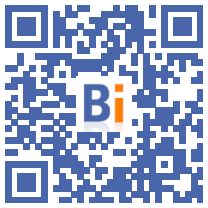 European airports now only expect to return to their pre-pandemic passenger levels in 2025, their organization announced, citing passenger traffic which should remain 64% below its 2019 level this year.

ACI Europe, which brings together more than 500 airports in 46 countries of the old continent, has so far forecast for 2021 a 52% drop in the number of passengers over two years, and a return to pre-Covid-19 levels in 2024 .

The current year would therefore be hardly less worse for European airports than 2020, which had seen a 70,4% collapse in attendance, pushing it down to 1995 traffic levels, according to published ACI Europe statistics. in February.

This pessimism was fueled by the results of the first quarter of 2021: passenger traffic plummeted 81,7% compared to the same period two years ago, or nearly 400 million lost travelers, according to a press release released on Wednesday.

The landscape is even more desolate for the area comprising the European Union, Switzerland and the United Kingdom, where the decline reached 88% (the average is notably noted, for the scope of ACI Europe, by the activity of equipment Turks and Russians, less affected by travel restrictions).

"These figures show that the crisis not only has not eased, but that it has worsened for airports since the beginning of the year," noted ACI Europe Managing Director Olivier Jankovec. in the press release.

For him, "the financial resilience of European airports is weakening day by day. We desperately need to start the recovery this summer and look forward to seeing vaccinations finally lead to an improvement in the epidemic situation".