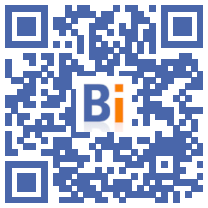 Government and social landlords left Thursday, September 29 without major progress at the end of the 82nd HLM Congress in Lyon, the Minister Delegate for Housing contenting himself with correcting a flaw which prevented 100.000 social housing tenants from benefiting from the tariff shield.

"We will (...) put in place a tariff shield for collective heating with electricity", announced Olivier Klein, at the end of the congress.

Out of a social housing stock of some 5,2 million housing units, around 100.000 have collective electric heating and were not, until now, covered by the tariff shield.

Olivier Klein, on the other hand, has not announced anything on the question of an electric tariff shield for social landlords, who are not covered for their wholesale purchases of electricity, in particular to supply the common areas (elevators, lighting, car parks. ..), inflating the charges passed on to tenants.

"It's complex, adding pieces of the tariff shield which were not completely planned is complicated. (...) There was no capacity in the shield, as it had been defined, at put it in place so we are working on it to find the right tools for protection and cost estimation,” he said Thursday.

Regarding people on the street, the minister, on the other hand, renewed the five-year program for "Housing first", a plan accompanied by an envelope of 44 million euros. This system launched in 2017 has enabled 390.000 homeless people to access housing.

After years of cold weather against a backdrop of budget savings, the president of the Union sociale pour l'habitat (USH) Emmanuelle Cosse, who represents social landlords, estimated on Tuesday that the 2023 draft budget "did not aggravate the situation of social housing", judging that it was a "transitional" budget but not intending to stop there.

She called on the government on Thursday to strengthen the equity of social landlords, who are drying up "faster than expected", and reducing their ability to invest, and therefore to produce new housing, while 2,3 million people are waiting. of social housing, a historically high level.

"Olivier Klein arrived a little too late to influence the PLF. However, he indicated that he wanted to set a working course to prepare a + confidence pact + in which there will have to be new elements in terms of funding", commented to AFP Marianne Louis, director general of the USH.

This pact, which will be signed "by the end of the year" according to Mr. Klein, must detail the commitments to come and set in particular a quantified objective for new authorizations for social housing. The previous objective - 250.000 over the 2021-2022 period - will be missed with less than 180.000 expected.

In the immediate future, the landlords are calling for an "emergency" revaluation of the "fixed charge" part of the personalized housing assistance (APL) to help tenants cope with the increase in their charges.

Regarding the APL, the HLM movement is particularly upset against the reduction of five euros decided in 2017, a decision which resulted in the obligation to lower its rents and represents, according to the USH, a shortfall of 1,3. XNUMX billion euros per year.

Donors hope that the forthcoming parliamentary debate will "return on this decline". They are also demanding a reduced VAT rate of 5,5% for their investments.

Among the subjects of discontent, the contribution of 300 million euros imposed in the new PLF on Action Logement (formerly 1% Housing), the leading French social landlord, managed by employers and unions, gave rise to a virulent speech from the president. of the organism.

Bruno Arcadipane, president of Action Logement, described this initiative on Wednesday as an "outrage" brought "to the tenants of the HLM park hit hard by the rise in energy costs", a sum which according to him corresponds to "26.000 households employees who will not be housed" and which endangers the financial balance of the group.