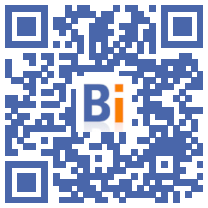 The Coreal group, builder promoter dedicated to metal construction, continues to be involved in the energy transition by joining forces with TotaLinuX, an IT expert in high-performance calculations. Objective: to heat its housing programs using the energy released by submerged data centers.

The first projects are being developed, like ITrium 1, a project developed in the town of Jouy-en-Josas, which develops nearly 2 m2 offices that will be fully heated by the heat generated by the submerged servers.

According to The Shift Project, a carbon transition think tank, the share of digital in global greenhouse gas emissions was 3,5% in 2021 and could double by 2025. Data centers, which require air conditioning and cooling systems, account for a significant share of these emissions. But it is possible to recover the energy released by these data centers to convert it to other uses such as heating residential or tertiary premises.

Coreal and TotaLinuX have decided to take up this new challenge of energy transition. The process developed by TotaLinuX will make it possible to heat, cool and ensure the supply of domestic hot water for Coreal's residential programs thanks to an immersed data center installed in the building, instead of the traditional boiler room. The datacenter can also, in agreement with the municipalities, be connected to the district heating network to distribute energy to surrounding housing as well as to municipal facilities (swimming pools, sports centers, etc.).

“We will be able to meet the heating, cooling and hot water needs of buildings with 20 to 50 homes. We install the data center within the buildings themselves, because the further away it is, the more degrees it loses. The idea is to set up new data centers in the heart of cities, where the customers are. These servers are now installed on the outskirts, which is an additional source of pollution, because the signal has to be restarted” explains Dominique Brisard, president of the Coreal group.

To provide the required energy, the data centers will be immersed using the Immersion Cooling process (“immersion cooling”) for which TotaLinuX, a French company based in the French Tech in Paris Saclay, holds the operating license. Servers that give off a lot of heat (Joule effect) will be cooled by a dielectric fluid (without inherent electrical charges), coolant, non-toxic, odorless, biodegradable and non-flammable. The installation of this type of datacenter does not cause noise pollution, water consumption or greenhouse gas emissions.

The technology thus has a positive carbon footprint.

"This new computer server cooling technology has the following advantages: no CO2 emissions, no water consumption, no fire risk unlike air datacenters, no humidity, no dust and no noise" underlines Frédéric Delpeyroux, founder and CEO of TotaLinuX and ITrium Green & Cloud.

The installation of an immersed data center is a winning operation for the inhabitants who will assume neither the heating costs nor the maintenance costs of a boiler.

In fact, the cost of installing data centers is fully borne by whoever owns them: investor or company. A specialized operator is responsible for operation (Interconnection, Equinix, DATA4, etc.) and, for maintenance and conventional upkeep, TotaLinuX relies on its IT partners, the world's leading manufacturers. A contract is signed with the syndic of co-ownership or the owner of the building.

"We are at the forefront of tomorrow's housing", explains Dominique Brisard. “The installation of these data centers will make it possible to deliver free energy to municipal housing while benefiting from a positive carbon footprint. The construction world must lead by example. It is a strong commitment to energy sobriety”

Located in Jouy-en-Josas, ITrium 1, the first achievement of the ITrium® program, will also be the first building in the world to use Immersion Cooling technology. Its 2 m² of offices and conviviality, meeting and exhibition spaces will be heated thanks to an immersed data center. Excess heat will be donated to the city. Indeed, the surplus hot water will be exported and redistributed in nearby buildings, including social housing. An original innovation that is ecological, economic and social at the same time.