COP27: France welcomes progress but regrets a lack of ambition in the face of the climate emergency 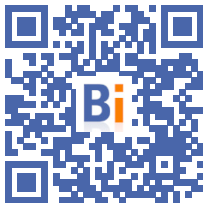 The 27th Conference of the Parties (COP27) held in Sharm el-Sheikh (Egypt) brought together more than 110 world leaders and 30.000 representatives of government, communities and non-state actors (NGOs, companies, etc.) for two weeks negotiations, from November 6 to 20, 2022.

Although the COP27 agreement does not live up to the ambitions of France and the European Union, it nevertheless preserves the essentials: it recalls the objective of limiting global warming to 1,5°C and calls on countries to make additional efforts from 2023. Reaffirming this objective was essential, in a global context of climate and energy crisis.

Thanks to France and the European Union, which took a demanding and proactive position during difficult negotiations, COP27 recorded several major advances:

At the request of France and the European Union, the agreement meets the expectations of the most vulnerable countries, with a strong decision: the creation of new financing tools for losses and damages, which are not reduced to a funds, but includes a mosaic of concrete solutions that are intended to meet the needs of the most vulnerable countries impacted by climatic events. The agreement thus provides for the mobilization of the World Bank and the IMF, as well as development banks. It recommends the implementation of innovative financing to which all countries can contribute. More broadly, France is promoting an in-depth overhaul of the international financial system on this issue of loss and damage.

The discussions were conclusive on the Santiago network, one of the priorities of France and the European Union for this COP27. The agreed text made it possible to operationalize this network, created during COP25 in Madrid in order to catalyze technical assistance to avoid, reduce and cope with loss and damage.

The G7 and the V20 have launched a global climate risk shield to improve financial protection for the most affected countries. France plans to support the global shield with a contribution of 20 million euros in 2023, alongside Germany and other contributors from the G7 and the European Union.

Several countries, including France, have announced an additional financial contribution to the adaptation fund. France will pay an additional 10 million euros for 2022-2023. Launched in 2007 to help the developing countries most vulnerable to climate change, the adaptation fund offers the advantage of governance that is more favorable to developing countries and allows them simplified access to financial resources.

A varied group of ambitious developed - including France and the EU - and developing countries have expressed their desire to include in the decision to cover the COP the call to reduce the consumption of fossil fuels. This proposal could not be the subject of a consensus. Similarly, the EU with many countries called for peaking global emissions before 2025 in line with the recommendations of the Intergovernmental Panel on Climate Change (IPCC), but could not achieve consensus. .

The Parties have established a Mitigation Work Program to keep the 1,5°C global warming target within reach. Mandated by COP26, this series of dialogues open to Parties and non-state actors will aim to raise ambition and implementation. This format will allow experts to discuss cross-cutting issues based on the work of the IPCC.

France is also involved in several coalitions to step up the fight against climate change:

Vital stores of carbon and biodiversity

At the initiative of the President of the Republic, and in cooperation with the United States and China, a One Planet event dedicated to vital carbon and biodiversity reserves was held on November 7 at COP27. These areas, such as ancient forests, peat bogs or mangroves, are both natural carbon stocks and areas rich in biodiversity. To preserve them, international leaders have announced their willingness to work together to form Positive Conservation Partnerships (PCP). The holding of a One Planet summit on forest issues in Libreville (Gabon) in March 2023 has also been announced.

On November 7, the President of the Republic announced that France supported the prohibition of any exploitation of the deep seabed and that it intended to take this position to international forums. France thus joins the countries (Germany, Spain, New Zealand, Panama, Costa Rica, Chile, Pacific island states, etc.) wishing for a precautionary moratorium on the exploitation of the ocean floor.

France, which already supports emerging countries in a “just climate transition”, recalled on November 7 that it will mobilize 1 billion euros to help South Africa get out of coal. A partnership with Indonesia and the members of the G7 was finalized in Sharm el-Sheikh and signed at the G20 in Bali. Other partners are in preparation, with Vietnam, Senegal and India.

During COP26 in Glasgow, the United Kingdom launched the “Breakthrough Agenda”, an initiative supported by France and aimed at decarbonizing the main emitting sectors (steel, electricity, hydrogen, road transport and agriculture). The building sector, which accounts for 37% of global greenhouse gas emissions, was not on this agenda. In order to create a new impetus between governments, France and Morocco launched on Thursday November 17 a call for the creation of a “Buildings Breakthrough”. More than 30 countries have expressed interest in this enhanced intergovernmental cooperation, which sets the goal of zero emissions by 2030 for the building sector.

In addition, France joined four of the initiatives launched by the Egyptian presidency of COP27: the FAST initiative (Food and Agriculture for Sustainable Transformation Initiative), intended to strengthen the place and role of agriculture in the fight against climate change, SURGe (Sustainable Urban Resilience for the next Generation), which aims to reduce the climate impact of cities and improve their resilience, CRSP (Climate Responses for Sustaining Peace), aimed at guaranteeing integrated climate responses for sustainable development and ENACT (Enhancing Nature-based Solutions for Climate Transformation), on Nature-based Solutions.

For Agnès Pannier-Runacher, Minister for Energy Transition: “The COP27 agreement is not as ambitious as we, French and Europeans, would have liked. In particular, no progress has been made on the need to make additional efforts to reduce greenhouse gases and on phasing out fossil fuels. It's a real disappointment. On these two hard points, our calls to go further have not been heard. However, this agreement preserves the essential: the objective of limiting global warming to 1,5°C. In addition, at the request of France and the European Union, it meets the expectations of the most vulnerable countries with a major step forward: the creation of new financing tools for losses and damage linked to climatic disasters. »