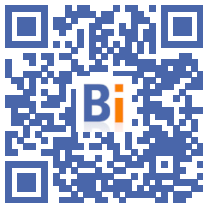 StocaMine is an underground hazardous waste disposal facility located in Wittelsheim (Haut-Rhin) which was in operation between 1999 and 2002, when a fire in one of the storage blocks (block 15) led to the shutdown of waste input.

Numerous expert reports, discussions and public debates were held following this fire to decide on the future of the site. In particular, due to the presence of the Alsace water table located 500 m above the repository, these expertises studied the impact of the waste currently stored in the event of a possible rise by the “syringe effect” of brine. which would have been polluted in contact with them.

Following this public consultation, the prefectural decree of March 23, 2017 authorized the unlimited containment of waste and imposed measures to guarantee a high level of protection of the water table in Alsace:

A parliamentary mission on StocaMine, carried out in 2018, nonetheless underlined the potential interest of continuing to remove waste subject to two conditions:

International and independent expertise has been coordinated by BRGM at the request of the State. She concluded that:

In order for all the scenarios to be assessed, a technical and economic feasibility study on the pursuit of additional destocking was carried out by the group of private consultants Antéa Group - Tractebel, independent of the State and of the MDPA company, which operates the site. This study concludes that:

However, to be carried out under optimal conditions guaranteeing their effectiveness, these containment operations and ancillary work must be undertaken as soon as possible given the convergence of the underground galleries which makes them increasingly difficult to access.

Anxious to learn about the situation on the ground, Barbara Pompili, Minister of Ecological Transition, went down into the mine on January 5, 2021 and was able to discuss with elected officials, associations and citizens during a public meeting to discuss the best solution to protect the Alsace water table and operators.

The Minister heard and shared the legitimate questions about the reversibility commitments made before the fire and the importance unanimously given to the protection of the Alsace water table.

The minister came to the conclusion that the conditions for additional destocking, set by the 2018 parliamentary mission, are not met. The potential advantages of additional waste removal have not been demonstrated and this would present significant risks for workers, while the achievement of containment in optimal conditions is essential to ensure the protection of the Alsace water table.

Under these conditions, the Minister of Ecological Transition decides to launch the realization of the containment of the site without additional destocking. In parallel with this decision, it decided to dedicate a financial envelope of 50 million euros under the leadership of ADEME to allow a protection plan for the Alsace aquifer over the next 5 years. Several former industrial sites located above the Alsace water table will thus be cleaned up (in particular the PCUK site in Wintzenheim where 750 tonnes of lindane are buried) in order to avoid its contamination by infiltration from the surface, which is the main source of groundwater pollution.