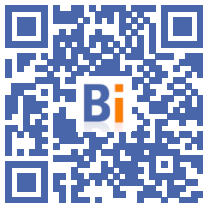 Construction professionals will work on the implementation of "good practice" rules between companies in a context of tensions over supplies and shortages of raw materials, national inter-company mediator Pierre Pélouzet told AFP on Wednesday. .

In the wake of the crisis committee created in the spring to settle disputes between companies, "the entire sector said that if the crisis lasts, it would be good to establish rules of the game, good practices, to the whole profession ", explained Pierre Pélouzet.

The construction sector, like others, is suffering from difficulties in the supply of raw materials (wood, steel, etc.) linked to the strength of the economic recovery, which have inflated prices, creating tensions between suppliers and customers. .

Created in mid-June last, the crisis committee was tasked with resolving disputes between companies as a matter of urgency rather than resorting to legal means.

“At the upstream level, there are companies that pass on these price increases directly and others who are more understanding. And downstream, some customers want to stick to signed contracts, or even impose late penalties, "explains Pierre Pélouzet.

The objective of these rules of good practice would be "that upstream and downstream, each one takes part of the load" born from the difficulties of supply, "so as not to put in difficulty the small companies and the craftsmen, often more. fragile ", defends the mediator.

"We must find a balance, which does not weaken a link in the chain in particular, that everyone makes an effort," he said.

"The order books are full and this good news should not turn into bad news" because of these difficulties, he adds.

At this stage, the crisis committee made it possible to settle many disputes, by calling on the companies involved. But Pierre Pélouzet still wants to "launch an appeal" to the entire industry so that companies can make more of their difficulties, just like the good practices already at work.