Building craftsmen increasingly worried about the shortage of building materials 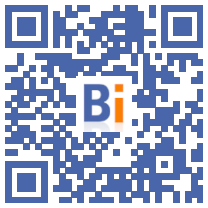 "In May, we were told that the situation would get better when the new school year begins. In the end, it's almost more complicated now": the difficulties of supplying wood, steel and other materials continue to affect the sector. building, especially small businesses.

For the past few months, Stéphane Payen, who runs a carpentry business in Saint-Paul-les-Romans (Drôme) with 10 employees, has been paying close attention to the date of his quotes. "Before, they were valid for three months. Now, no more than a week," he told AFP.

One week is enough time to see the price of wood go up again and increase the cost of its work.

"Exotic woods cannot be found. European Scots pines are a rare commodity: they can be found, but if you ask for three packages, you will only have one, and you have to wait three months to be delivered, instead. a week. And they are much more expensive, the prices have doubled since the beginning of the year, "he adds.

Ditto for Ludovic Templé, independent mason in the suburbs of Orleans: the prices of scrap have continued to increase for "a year and a half and at least 60%".

"At least I manage to manage with my various sites so as not to have to stop them", he says, unlike other craftsmen he meets. But their delay could have repercussions on his activity, he fears.

Tossed between the strong global recovery, after the shutdown of the economy, and the disruption of supply chains, the building has been facing for several months a tension on crucial raw materials, such as wood, steel, copper or even plastic.

Make the frames, mount windows with PVC or steel, install plumbing pipes or insulation plates ... There are many impacts on a daily basis.

"It is not a shortage because, the products, there are still some, but there are big problems at the level of the prices", concedes Franck Bernigaud, who chairs the Federation of the distributors of building materials.

It ensures that distributors take care to penalize their customers as little as possible, including small ones.

These difficulties have nevertheless had consequences: the French Building Federation (FFB) estimates that 15% of companies struggled to continue at least one construction site during the summer.

"It had been 20 years since we had known that. Usually, this rate is of the order of 1 to 2%", compares the president of the FFB, Olivier Salleron.

This situation particularly affects small artisans. "I cannot afford to stock up. And if a large company orders a lot of concrete blocks, I may have nothing left", worries Mr. Templé.

Claim for compensation for partial activity

The construction giants, Bouygues, Vinci and Eiffage, assured during the presentation of their half-year results that these supply tensions had weighed neither on their activity nor on their turnover.

Bouygues is protected "thanks to an indexing mechanism" of the price of raw materials "in the contract" of the sites, explains the managing director, Olivier Roussat.

Eiffage says it remains "vigilant" on the evolution of the situation.

"At the end of the health crisis, we saw that the supply chains did not exist. But, in the end, the last six months have not gone too badly", reassures Benoît de Ruffray, CEO of Eiffage.

Conversely, the craftsmen must negotiate directly with the sponsors of the sites to hope for an extension.

"I have a site with a school and we were able to increase the price, against the assurance that the site will be done on time despite the difficult supply", testifies Mr. Payen.

Professionals are impatiently awaiting the deflation of prices but the building federation does not see this happening for "several months".

"Our only fear is to have to stop building sites during this strong revival of the building", says Mr. Salleron, who asks the government to put in place if necessary the "partial activity".