Construction without a permit, hidden defect in the event of sale 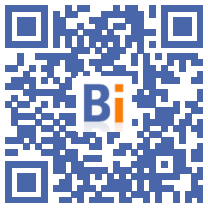 A construction originally built without a permit is affected by a hidden defect which allows its purchaser to obtain a price reduction, or even the cancellation of the sale when he discovers it.

Because if this construction can no longer be demolished, the deadlines for this having expired or justice not having ordered it, its reconstruction in the event of a disaster will be prohibited, observed the Court of Cassation.

In such a case, the building will therefore be unfit for use and the Court deduces that the purchaser, if he had known, would not have bought or would have offered a lower price, which is the definition of a latent defect.

A trader had bought a building to carry out his activity and had subsequently learned that the construction had been largely carried out without a permit, being too close to the road, too close to the neighbor and exceeding the maximum area authorized by the building plan. town planning.

In the event of accidental destruction, it will not be possible to obtain a permit to rebuild, explained the new owner, because the right to rebuild identically within ten years only applies to constructions which had been regularly edified.

He added that if no one had ordered the demolition in good time, that did not deprive the building of its illicit character.

Although this damage is only possible, as future destruction by a disaster is not certain, the Court ruled that there was indeed a hidden defect because the impossibility of rebuilding then would prevent the continuation of the operation of the trade.