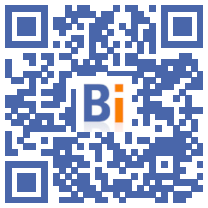 Work on the enhancement of the early Christian baptistery "San Ghjuvà", located between the Saint-Jean district and the Cours Napoléon, will officially start in Ajaccio.

The project led by the City consists of the creation of a glass Antiquarium to highlight an exceptional archaeological and historical heritage, classified as Historical Monuments in 2013.

The objectives of the project

The site of the early Christian baptistery was unearthed more than 10 years ago by a team from the National Institute for Preventive Archaeological Research (INRAP). Identified in an exceptional state of conservation, the architectural ensemble reveals an apse in the center of which is a large cruciform baptismal font, associated with a smaller cylindrical basin.

The municipality has oriented its project for the enhancement and conservation of archaeological remains towards the creation of a small Antiquarium, inspired by that of Seville.

The operation has several objectives:

The project, which was entrusted to the “Orma Achitettura-CGZ Architecte-Beaumeco-Sinetic-Ingenia” consortium, provides for two major developments. A heritage mediation and conference room will be created on the ground floor of the ALBAN building, which already houses the CAPA premises. Outside, the open structure plans to highlight the baptistery and the remains, day and night, thanks to specific lighting. The structure that will house the remains will consist of an underside made from soil from Mount Gozzi, located in the Ajaccian region. With this mineral touch, the goal is to give the impression that the cover is extracted from the ground to better highlight the ancient remains of the city. The archaeological site will be protected by a curved glass covering, in order to be able to appreciate it "at 360 °". Nearby, terraces positioned in the antique style will open up the space, with the desire to offer a place of life and exchanges favoring cultural encounters and contemplation of the archaeological site.

The end of the work is scheduled for spring 2022
The cost of the works is estimated at 1,3 million euros