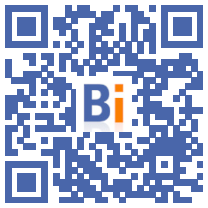 The rebound momentum in materials production, which started at the start of spring, confirms that it is slowing down at the end of summer. The landing of trends is therefore continuing in building materials and, over the first eight months of the year, activity levels now remain close to those observed over the same period of 2019 (-0,2% for aggregates and -1,2% for ready-mixed concrete, CVS-CJO data).

This “normalization” of trends, partly linked to the attenuation of base effects, is common to a good number of materials and is accompanied by a cyclical context which remains buoyant. On the Building side, the order books in the shell still show very high levels (9,5 months) even if supply constraints weigh on the smooth running of the works. The confidence of professionals in the sector remains high at the start of autumn, including in TP, although the level of order intake is still sluggish. But the current diaries should still fuel the activity of the end of 2021 and part of 2022. 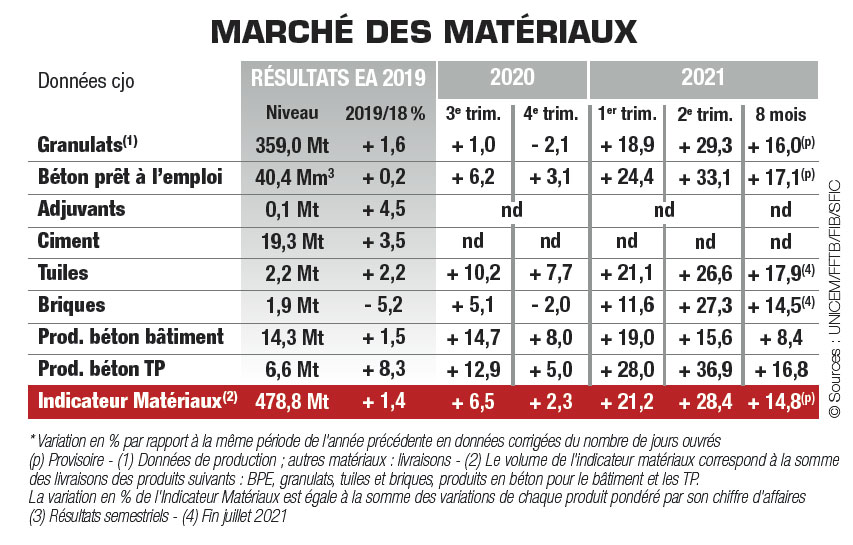 According to the first results of monthly surveys, aggregate production recovered between July and August (+ 3,3%) but is down compared to August 2020 and August 2019 (-4,3% and -1% respectively, CVS-CJO data). Over the last three months known, the trend contracted by -4,2% compared to the previous quarter, a more moderate drop if we bring the comparison back to the same period of 2020 (-2,7%) and 2019 (- 2%). The play of base effects is gradually being regulated and the cumulative increase over the first eight months of the year amounts to + 15,5%, compared to 2020 (+ 9,4% cumulatively over the last twelve months ).

These changes are in fact the reflection of a return of activity volumes to pre-crisis levels (-0,2% and -0,5% in respective increases compared to 2019). On the BPE side, the findings differ little. Down -3,4% in July, ready-mixed concrete deliveries fell -13,1% compared to August 2020 and -3,2% in August 2019 (CVS-CJO data). Over the three months from June to August, the volumes have lost -6,3% compared to the three previous months and -7,7% compared to those of last year.

Questioned in September by INSEE, building professionals remain confident in their future activity and their order books, the corresponding balances of opinion continuing to climb, exceeding their long-term average. At the same time, their opinion on past activity is crumbling a little, although production capacities are close to their maximum utilization rate (93,2% against 87,9% on average). The maintenance of high tensions in recruitment and supply can explain this erosion, more than half of the shell companies (55,9%) being unable to produce any more, due to lack of personnel (for 68% of them) or lack of availability of certain materials (for 14,5% of building contractors). On the new construction side, while it is true that the non-residential segment is struggling to recover from the health shock (with housing starts which, cumulatively at the end of August, are still -12,3% below their level of the first eight month of 2019, and authorizations at -14,2%), the residential side activity has strengthened significantly.

Indeed, at the end of August and cumulatively since January, housing starts exceeded their 3,4 level by 2019% (+ 16,8% compared to 2020), a finding valid in the collective (+ 4,9% compared to 2019 and + 17% compared to 2020) as in the individual (+ 1,5% and + 16,5% respectively). This dynamic could continue in the months to come, especially in the individual if we are to believe the latest data on permits. Thus, over the eight months of 2021, housing authorizations climbed + 26,9% over one year (+ 4,5% compared to 2019), including + 36,1% in the individual (+ 17,3% ). In the collective, the structural difficulties weighing on the supply (land shortage, local obstacles, town planning procedures, social acceptability in tense areas, etc.) are slowing down the rebound of projects. Thus, permits, up + 19,9% ​​over one year during the first eight months of 2020, remain below 2019 levels (-4,5%), despite a long-term need for new housing and financial conditions that are historically attractive. This observation, which joins the first conclusions of the Rebsamen Report (1st volume submitted on September 22) led the Prime Minister to embark on avenues for reviving new construction in tense areas.

The announcement of the State taking over the exemption from property tax for social landlords could encourage mayors (hitherto deprived of these tax resources) to issue more permits. 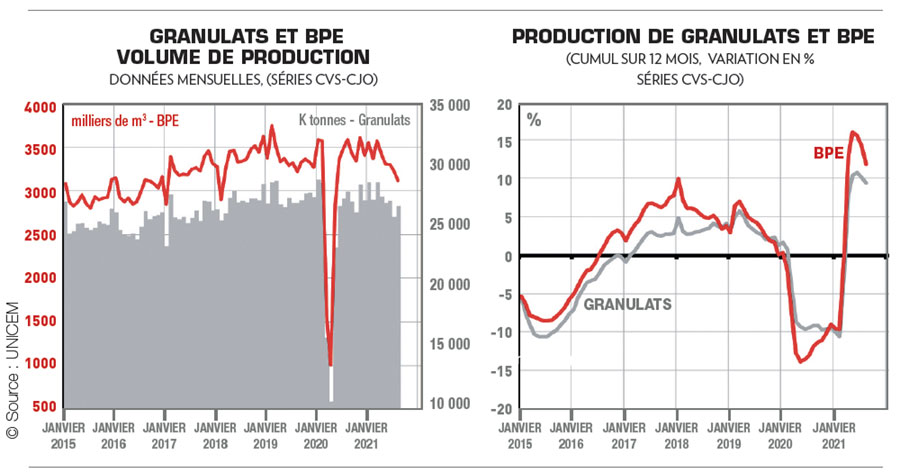 Likewise, the refocusing of the Recovery Plan on “local contracts” between the State and communities (175 million euros) could promote the construction of collective housing in tense areas while the mobilization of public land (via the wasteland fund of the Plan de relaunch, the allocation of which will be prioritized over the creation of housing) should allow the construction of 21 housing units from 000 and 2022 others in the years to come according to Matignon.

Soon to be included in the PLF2022, these measures should support the social rental sector and remove certain obstacles to the construction of housing in large urban areas. Finally, on the public works side, the implementation of the stimulus plan in investments is still awaited. After the rebound in the first half of the year linked to the completion of projects in progress and / or stored during the pandemic, notebooks are still struggling to replenish themselves. However, entrepreneurs remain rather optimistic about their future activity.

Supply tensions should still weigh on activity at the end of the year, with demand remaining solid in construction and more moderate in public works. Despite a decline in the second half of the year, aggregate production for 2021 would be 9% higher than that of 2020 but close to that of 2019 (-0,5%, raw data). On the BPE side, deliveries should also gain + 7,5% compared to 2020, but would be -1,5% lower than in 2019. The current level of books in the structural work, hampered in their achievement by the difficulties of supply, would at least stabilize BPE activity in 2022 while the gradual awakening of public and private demand, on the public works side, as well as the implementation of the recovery plan projects, could support activity a little more aggregates.