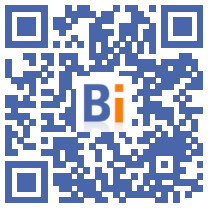 The economic outlook for the French economy has darkened over the months: supply difficulties, initially linked to post-COVID recovery tensions on supplies and recruitment, have been compounded by the Russian-Ukrainian conflict and a crisis major energy sector which, by fueling inflation, is gradually eroding incomes and demand prospects.

Against the backdrop of a troubled social climate (refinery strike, pension reform, etc.), the risk of a recession is increasing for 2023. For the moment, the building sector benefits from a substantial stock of permits which is supporting its activity but on the public works side, the order books are flat. In this context of contrasting, slowed and constrained construction dynamics, demand for ready-mixed concrete and aggregates will decline in 2022. The impact on construction sites of the sharp increase in costs and estimates (postponement, delay, cancellation, revision of projects, etc. .) combined with geopolitical and energy tensions should undoubtedly affect the demand for materials again in 2023, in proportions still difficult to define to date given the extent of the uncertainties surrounding the scenarios.

In 2022, the production of materials should fall by:

In August, the decline in materials moderated a little

According to the still provisional results for the month of August, the production of ready-mixed concrete and aggregates once again fell compared to last year, but more modestly. On the aggregates side, activity would certainly have recovered by +4,5% compared to July (CVS-CJO data) but volumes remain -3,3% below those of August 2021. Over the last three known months, aggregates production fell again -5,5% compared to the previous three months and -6,2% over one year. Cumulatively over the last twelve rolling months, the trend is down -2,7%, while it reached -3,3% cumulatively over the first eight months of the year. With regard to BPE, activity in August recorded a decline of -1,4% on July (CVS-CJO data) for volumes lower by -1% than those of August 2021. On the last quarter, deliveries lost -1,5% compared to the previous three months (March-April-May) and fell -3,1% compared to the same period last year. Cumulatively since January, ready-mixed concrete deliveries fell by -2,3% compared to the same eight months of 2021, while the rolling cumulative for the last twelve months shows a drop of -2%.

The downturn in activity, a little more marked for aggregates than for ready-mixed concrete, even if it is confirmed, would therefore have rather stopped gaining momentum this summer. As for other materials, the UNICEM indicator reflects the same movement. After a first quarter up +1,5% over one year and a second quarter down sharply (-5,1%), the materials business stabilized its decline at around -2,5% over one year over the first eight months of 2022.

Housing permits at a high point... But after?

The latest INSEE survey of building professionals in September confirms that the business climate has stabilized at a high point. In structural work, both forecast activity and past activity remain bullish and order books remain anchored at a high level (9,5 months of activity). The balance of opinion on expected prices is rebounding, a consequence of the inflation in the cost of inputs and energy. While it is true that supply and hiring difficulties are moderating a little (48% of structural work companies cannot produce more compared to nearly 62% in January), they nevertheless remain at a very high level of the past (34% on average). On the other hand, the expected evolution of the workforce is contracting and the opinion of business leaders on their order books is dulling a little, a sign no doubt of less good visibility in the medium term and that the high point of their activity has undoubtedly been achieved. It is true that the latest data in terms of home sales reflect a significant decline, both on the side of developers and builders of single-family homes.

Among the latter, sales fell -21% in August year on year, leaving the year-on-year for the first eight months of the year down around -27% (and 17,3% below its average term according to Markemétron), i.e. the expected trend for 2022 with a total of 102.000 units. The tightening of credit conditions (HCSF criteria), the rise in interest rates and property prices, the war in Ukraine and its consequences on inflation and the energy crisis have eroded purchasing power and household solvency. Even if the rise in rates remains limited and the introduction of the tariff shield has made it possible to limit the drain on their disposable income, the financial and psychological conditions no longer seem to be in place to set up investment projects.

After a particularly dynamic year 2021, the number of housing permits should plunge in 2023, auguring a future drop in construction.

For the time being, the number of authorized dwellings continues to grow, reaching a high point of 523.000 units over one year at the end of August (ie +14% over one year). Anticipation effects (entry into force of RE2020 standards, rising costs, ZAN law, etc.) first led to a rebound in individual permit applications at the start of the year, which have since been relayed by collectives. But on the housing starts side, the pace is not following: with 384.900 housing units started at the end of August over one year, the trend is stable over one year (+0,5%) and has fallen back by -5,6% over the last three known months. The difficulties encountered by companies in responding to demand, combined with the complexity of resolving the "customer" equation to adjust costs to quotes and final prices, may explain this growing gap between the number of permits on the one hand and the start (effective or not!) of the work of the other. In this tense logistical and financial context, a significant extension of construction start times (delays, postponements) as well as the duration of completion of the works, or even their cancellation, cannot be ruled out. In doing so, forecasting demand for materials for 2023 appears more than ever a perilous exercise. While 2022 could ultimately result in a decline in ready-mixed concrete production close to -3% (in crude) and -4% for aggregates, the trend for next year is subject to major risks and uncertainties, including including on a geopolitical level, with government actions and decisions still in progress (energy issue at European level, PLF23 arbitrations, etc.). However, a further decline in materials production for 2023 appears to be the most probable hypothesis for the time being.

TP: a rebound in concluded contracts... to be confirmed

This is all the more so as the economic situation in public works remains sluggish and without momentum, as evidenced by the volume of hours worked, down -2,5% over the past twelve rolling months. In August, according to the FNTP, invoicing certainly increased in value over one year, but by erasing the effect of price increases (TP01 index deflator at 11,4% at the end of July), they remained down -2,8 % and - 8,5% over one year cumulatively since January. Order intake however rebounded in August (+ 20% in volume) but this surge will probably not save the year (- 7,6% in volume over twelve rolling months) even though 2022 marks the milestone of the electoral halfway, traditionally characterized by the strong comeback of municipal projects. And this reluctance of local authorities cannot be justified by the increase in operating expenditure (+4,9% expected in 2022) faster than that of revenue (+3,2%), the balance of these two blocks generating savings gross of 43 billion euros...