The building materials activity remained in decline this summer 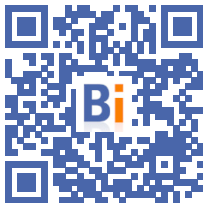 The multiplication of exogenous shocks (health with COVID and its successive confinements, geopolitics with the Ukrainian conflict and its deleterious effects in terms of energy supply, climate with the drought this summer and its impact on agricultural production, etc.) has contributed in recent months to maintain significant pressure on production processes and to weigh on growth, while fueling inflation.

Materials are not immune to this spiral, faced with cost increases on the one hand and, on the other, with difficulties in responding to order books, swollen by old orders but whose new entries tend to become rare. over time. The second half thus opened with declining trends for aggregates and ready-mixed concrete (-3,3% and -2,4% in volume respectively, at the end of July over one year) while the demand indicators, although showing the first signs of running out of steam, are still holding up at decent levels, particularly in construction.

Fall in production in July, more moderate in aggregates

The trend in our Materials indicator also reflects the mid-half break with an increase in activity of +1,4% over one year in the first quarter followed by a decline of -5,2% in the second quarter, leaving the year-on-year slippage at -2,3% for the first seven months of 2022 (CJO data, provisional). Almost all materials should end the half-year in decline, apart from tiles and bricks, whose strength in the first quarter, driven by the good economic situation in single-family homes, should manage to offset the decline in the following months.

The latest indicators available for construction are blowing hot and cold on an economic situation very disturbed by exogenous shocks. According to the latest INSEE survey conducted in August among structural work professionals, the business climate remains well oriented at a high level. Although the opinion on their past activity has deteriorated slightly, their outlook for the coming months has improved, as has their judgment on the order books. These now reach 10,3 months, a high point never reached in the past. The constraints weighing on the production tool remain significant, but they have begun to ease since the start of the summer, particularly with regard to supply difficulties and material obstacles. On the other hand, companies are still faced with staff shortages as well as recruitment difficulties and entrepreneurs are still planning to increase their workforce in the coming months. On the construction side, housing starts have stalled in recent months, no doubt due to supply constraints in the sector. With 385.000 housing units started in the last twelve months at the end of July (+0,4% over one year), construction sites fell by -3,8% over the last three months, compared to the same period last year. Especially marked in the collective segment, this decline contrasts with the dynamism of authorizations.

Indeed, although down from their exceptional level at the end of 2021-beginning of 2022 (linked to the anticipation effect of the entry into force of the RE2020 environmental regulations on 1 January), the level of permits remains raised in July. Given the more or less long processing times depending on the nature of the housing (2-3 months in the pure individual, more for the grouped individual and the collective), it is estimated that this anticipation effect is now almost absorbed in the individual segment. However, on the collective housing and residences side, the number of permits reached a very high level in July, more than 31% above its 2021 average, of which 69% would have been filed in 2021 according to the ministry. At the end of July and over twelve months, there were thus 507 authorizations (+000% over one year) including 11,8 in the last three months (+135.900%), a large stock of projects to be carried out, 5,7% of which concern the collective housing and residence. But on the side of the single-family home market, the latest data from Markemetron confirm that demand is running out of steam. Over the first seven months of 57, sales fell by 2022% over one year, admittedly after a fairly exceptional year in 27,3. And the deterioration of the economic environment (rise in interest rates, inflation which is eating into purchasing power and household savings, rise in real estate prices, etc.), hardly suggests any improvement in the short term. . Moreover, on the developer side, sales in the second quarter also fell, by -2021% compared to the same period last year (-13% for apartments and -12,2% for houses according to the Ministry). Overall, housing stocks continued to decline, with the supply from developers itself having adjusted significantly downwards, and prices continued to rise during this second quarter: +23,4% over one year (at €4,9 per m4.621 for an apartment) and +2% (to €5,2 on average for a house). If the picture therefore appears mixed on the residential side, on the non-residential side, the horizon seems to be clearing up a little. Surfaces of premises started gained +349.572% over one year during the last three months from May to July, leaving the total over twelve months up by +7,8% over one year. As for permits, they continued to trend upwards over the last quarter, (+12,1% over twelve months), with commercial or industrial premises posting the strongest increases.

TP: very light "better" on the notebook side

Public works activity continued to be penalized by sluggish order intake and cost increases. Cumulatively, from January to July, the work carried out shows stagnation in value compared to the same period last year (+0,3%) but the estimate in volume, deflated by the TP01 index, leaves the strong negative trend (-9%). Interviewed this summer by INSEE, business leaders did not anticipate any improvement in the coming months, their notebooks still struggling to expand. In July, the contracts concluded have, it is true, recovered (+13,7% in value, +2,1% in volume, compared to July 2021) but the evolution of hours worked (-0,9% over a year from January to July) reflects an activity that really lacks resilience.