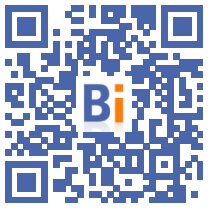 The signs of a downturn in activity are confirmed in construction materials as in the rest of the economy. The rebound period that followed the lifting of post-pandemic health restrictions seems to have come to an end with the outbreak of the Ukrainian conflict, which further accentuated the supply difficulties already present.

The pace of activity in the construction sector now seems to be subject to the availability of inputs and above all to their price. Fueled by a tense geopolitical context, soaring energy and cereal costs are spreading to other goods and services, upsetting the financial balances on the supply side (companies) as well as on the demand side (households and local authorities). ). In the construction industry, the equation which consists in ensuring the completion of construction sites with productive processes under tension and increasingly expensive remains difficult to solve while, on the construction side, the books which have already been struggling to replenish themselves since the health crisis are paying the price of a burst of wait-and-see attitude on the part of communities. 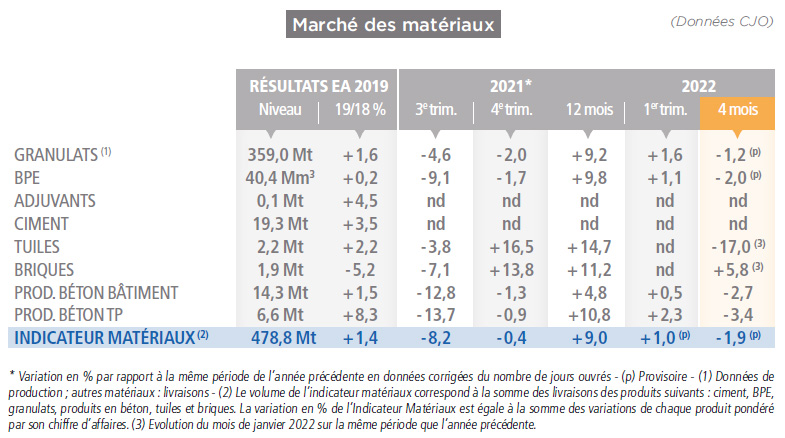 Further decline in production in April

After an initial decline in March, activity in the building materials sector fell again in April, according to the still provisional results of our monthly survey. Thus, on the aggregates side, production shows a contraction of -8,8% between March and April, leaving volumes -8,5% below those of April 2021 (CVS-CJO data). Over the last three months, activity stabilized almost at its level of the previous three months (+0,4%) but fell compared to the same period from February to April 2021 (-1,1%). Cumulatively over the first four months of 2022, the production of aggregates fell by -0,9% over one year, while it almost returned to its level of one year earlier for the cumulative over twelve month (-0,4%).

Although this downturn is undoubtedly due to the decline in construction activity linked to the difficulties in supplying and supplying construction sites, it must also be qualified: the month of April 2021 had been particularly dynamic and, compared to a average month of April (calculated over the last ten years), the decline appears to be three times less marked. With regard to BPE, the trend is comparable. Between March and April, deliveries contracted by -7,2% (CVS-CJO data) and fell by -10,1% compared to April 2021 which, too, had been particularly vigorous for BPE since + 10% above a “normal” month of April.

Our materials indicator also indicates a new dip in April, stronger than that of March (-8,7% after -2,9% in CJO and provisional data). All materials are affected by this decline, which now leaves the trend for the first four months of the year on a negative slope of -1,9% year-on-year.

In May 2022, the business climate would have deteriorated slightly in the construction industry according to the latest survey conducted by INSEE. Indeed, professionals were less positive about their past activity but showed more optimism than the previous month for their future activity. Despite a slight decline, the business climate indicator is therefore still at a high level. Moreover, in structural work, the judgment of professionals on their order books is recovering a little, as is the volume of these books, which is back to its average for the second half of 2021 at 9,9 months. Demand therefore remains vigorous, no doubt partly fueled by the difficulties of the productive supply to respond to it within the initially agreed deadlines.

The available indicators indeed show that the production system remains strongly constrained by supply constraints. In May, even more than one out of two entrepreneurs (ie 57%, compared to one out of three on the long-term average) said they were unable to produce more in the event of additional orders. Even if this proportion has tended to fall since the high point in January (61,7%), it clearly illustrates the strong tensions on supply which are now coupled with pressures on costs. This is evidenced by the sharp rise in selling prices expected by business leaders in the coming months, a balance that has recorded a highest level ever reached since the end of 1979/beginning of 1980. 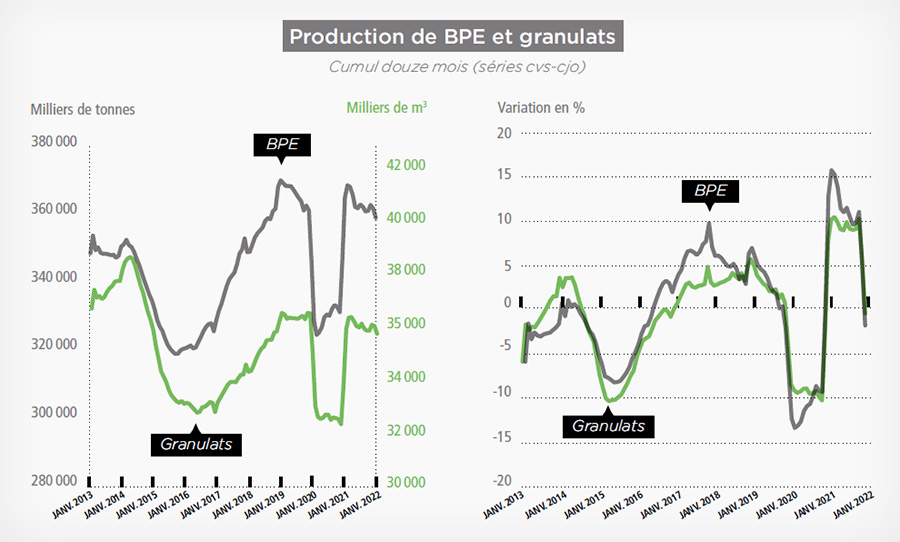 On the construction side, the non-residential sector continues to recover with an increase in premises started of +19,6% over one year during the three months from February to April, which leaves the trend at +11,6, 50,8% cumulatively over twelve months, with certain segments proving to be very dynamic (warehouses and industrial buildings posted +46,3% and +XNUMX% respectively over the last three months). However, these increases do not allow a return to the level of housing starts reached before the health crisis.

On the housing side, on the other hand, this level has been exceeded for several months. At the end of April and over twelve months, 392 housing units had been started (+600% over one year), a trend that has slowed down over the last three months, no doubt due to supply difficulties (-4,1% over a year). The dynamic of permit applications, meanwhile, is undeniable: at the end of April, cumulatively over twelve months, 1,4 authorizations were recorded, i.e. +500% over one year, an even more sustained rate over the three months (+400% over one year), whether in the individual (+20,7%) or collective (+24,4%) segment. The entry into force of new standards and regulations, the outlook for cost and interest rate increases no doubt explain this rebound, which will continue to fuel constructive activity in the coming months, but also tensions. At the same time, the new real estate market is slipping: in the first quarter, sales fell by -21,4% over one year, the economic, political and banking context probably slowing down household investment tendencies. The level of average selling prices continues to climb (+25,6% over one year for the m² of an apartment and +8,5% for a house), a trend set to continue with the inflation of construction costs and the scarcity of supply from developers (sales down -3,7% year-on-year in the first quarter).

As with materials, the decline in activity in March in public works was confirmed in April, with the volume of work carried out showing a drop of -18,3% (CVS-CJO) compared to April 2021, a months also very dynamic in this sector. Admittedly, since January, turnover has recorded a slight increase (+0,7%), but given the rise in production costs, measured by the INSEE TP01 index, activity in volume on a negative trend (-7,7%). And the sluggish order intake does not suggest any improvement in the short term. Over the last three months, contracts concluded have lost -9%, leaving the total since January 2022 down -7,4% year-on-year according to the FNTP. The awakening of local authority projects, hoped for with the return of the favorable phase of the electoral cycle, is still awaited...