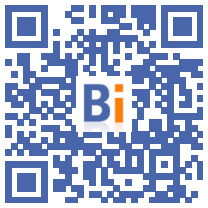 A fter an initial downturn in the second quarter, materials activity continued to deteriorate in the third quarter compared to the previous quarter but also compared to the same period last year.

Production conditions, already weakened by the rise in tension on supply that began in 2020, are now faced with soaring energy prices and the cost of inputs, but also the gradual erosion of demand which follows. In a general inflationary context, the springs of the activity are vulnerable even if, for the moment, the order books are still considered rather well stocked by the professionals of the building as by those of the public works. But if the stock of projects to be carried out is there, the difficulties in implementing them remain significant and the flow of new orders tends to become scarce, particularly in the new housing sector.

While materials production continued to decline in September, the pace of this decline has however eased over the last three months for aggregates and ready-mixed concrete. Thus, on the aggregates side, according to the still provisional data available for September, production would have fallen by -2,6% compared to August and by -6,9% compared to September 2021, which brings the year-on-year shift in third quarter at -5,6%, compared to -7,2% at the end of the second quarter (CVS-CJO data). Over three rolling months, this moderation is confirmed: the production of aggregates from July to September only lost -1,3% compared to the three previous months, whereas in April-May-June, it lost -10,2, XNUMX% compared to the first quarter.

However, over the first nine months of the year, the activity of aggregates continued to deteriorate and posted a drop of -3,7% over one year, the total over twelve months reaching for its part -3,1%. On the BPE side, September deliveries almost stabilized compared to August (-0,2%) but remain -6,8% below the level of September 2021. In the third quarter, production only fell -0,9% compared to the second quarter (against -4% three months earlier) but it still lost -3,5% compared to the same period last year (CVS-CJO data). From January to September, ready-mixed concrete activity fell by -2,8% over one year, ie a more marked rate than over twelve rolling months (-2,4%).

The materials indicator, still provisional for the third quarter, also reflects a decline, with activity dropping -4,7% over one year after losing -5,1% the previous quarter (CJO data). Over the first nine months of the year, the indicator fell by -2,8% over one year, with only the tile and brick segment managing to stay in positive territory.

Resilience of the building but reduced visibility

In October, the business climate remained favorable and even improved further in the construction industry according to the latest INSEE survey. Past activity appears to have picked up while the balance of opinion on expected activity remains at a high level, even if professionals consider that it is increasingly difficult to predict the evolution of the company's situation . In the structural work segment, order books remain very full with 9,6 months of work (compared to 6,4 months on average for the long term) but the general outlook for business leaders is deteriorating, no doubt a sign of some concern, both about their ability to carry out the work and about their future notebooks. The obstacles limiting production remain numerous, more than one in two companies (58%) currently being unable to increase their activity in structural work (compared to 1 in 3 on average over the long term). Recruitment difficulties are at the top of the list of tensions and concern 78% of companies in this sector which are still involved in the hiring process since the balance of opinion on past and future workforces showed a clear rebound in October. Labor pressures and rising costs are leading more and more business owners to consider raising prices in the coming months. This inflationary context contributes to seizing up the housing market. In the diffuse individual market, the latest data from Markemétron confirm a plunge in the market, down -32% in September compared to the long-term average sales for the same month; cumulatively since January, sales are down -19% compared to their long-term average.

It is true that the new home market suffers from a scissor effect between, on the one hand, an offer penalized by a lackluster institutional context (RE2020, ZAN law, revision of SCOTs, etc.) and, on the other hand, demand held back by inflation, which is eating into household purchasing power; all against a backdrop of tightening of monetary policy and banking supply which is reducing their solvency and limiting their access to credit. From December 2021 to October 2022, the average rate for housing loans increased by almost 100 basis points (from 1,06% to 2,05%) according to data from the Observatoire du Crédit Logement. In fact, the ability of households to buy has fallen sharply, the purchasable surface having fallen by 4 m2 in one year in the third quarter, a drop never seen in the past. As for the production of housing loans, it contracted by -32% over one year from August to October.

The gap between the number of permits and construction starts remains very significant, suggesting reporting anomalies relating to construction starts and/or an extension of work start-up times given the current context. In short, an atypical situation that blurs the cyclical readability of future demand for materials. Finally, on the non-residential building side, both permits and started surfaces fell in the third quarter of 2022, by around -4,7% and -6,8% over one year respectively. Even if the surface areas of premises authorized and started remain upwards cumulatively over twelve months (+4,9% and +6,8% respectively), recent developments mark a worrying change.

TP: an improvement... under constraints

Questioned by the FNTP in October, business leaders noted a deterioration in their past activity but expect an improvement in the coming months, both on the side of public customers and on the side of private customers. Order books are still considered to be well stocked, above their long-term average, particularly in terms of private project management. But the activity of public works remains constrained by the lack of personnel which concerns half of the companies in October (compared to 41% in July) and which represents the main obstacle to production, preceding financial constraints (for 30% of the answers) and lack of demand (27%).