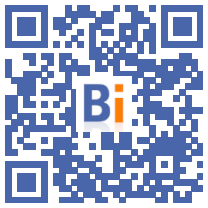 The French group Consolis, a specialist in precast concrete products, has decided to postpone its IPO project given the unfavorable market conditions, a spokesperson told AFP on Tuesday, confirming information from Agefi. .

Market conditions "have deteriorated" since the project was announced on September 25 and "are not considered adequate at present for an IPO project," said the spokesperson.

"We decided to give ourselves time and to reassess the schedule of the operation because there is no urgency," she added. "We are different," but "we are not stopping the project," she said. "We give up temporarily, we don't give up definitively".

Consolis has been owned by the American fund Bain Capital since 2017 and employs more than 11.000 people in 22 countries. The group supplies precast concrete structures for the building, transport and public service sectors.

The group "confirms (its) profitability trajectory" and is "in line with (its) forecasts", also said the spokesperson. The IPO project is a way to support the external growth strategy, she said.

Consolis, the European leader in the sector, announced on September 25 the registration of its basic document with the AMF, the first stage of its IPO, which it hoped to complete before the end of the year.

The group planned to issue new shares in the amount of 135 million euros and the sale by Bain Capital of part of its shares.