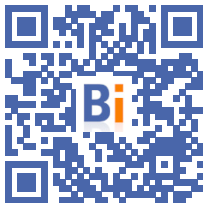 To "print" a wall, a long articulated arm diffuses a thin flow of concrete along a path determined by applying a layer on the previous one. In a few hours, a wall was erected, opening up new perspectives for the construction trades.

"The interest of 3D printing is how to go beyond the current use of concrete" and "look for shapes that could not be made in a traditional way, or which would require much more time", explains Alain Guillen, General Manager Development and Applications of XTreeE.

This Rungis-based start-up has launched in its workshop the manufacture of around thirty walls, intended for the construction in 2021 of five houses in Reims, as part of the Viliaprint project, led by the social landlord Plurial Novilia.

The company has just obtained a technical experimentation assessment (Atex) for concrete 3D printing construction, issued by the Scientific and Technical Center for Building (CSTB).

"Today for the first time in France, we have a concrete 3D printing construction which has been validated by the public authorities", underlines Mr. Guillen. "Thanks to this technical opinion, we will now be able to move on to a truly industrial phase".

For the head of project management at Plurial Novilia, Jérôme Florentin, "it is certainly the start of a long story". "We are starting to have a lot of competitors," he observes, mentioning the Netherlands, China, the United States, and Russia.

This type of construction "will have a tendency to develop, not in a dazzling way in the coming months, but on mixed constructions" with "printed walls associated with classical construction methods", he believes.

For its part, the Constructions-3D machine manufacturer, based in Valenciennes, has just completed its first concrete 3D printing building for its future headquarters.

Antoine Motte, founder and director of Constructions-3D, is confident about the prospects of this technology, citing a study by the firm SmarTech in 2018, which forecasts for 2027 a worldwide turnover of 20 billion dollars for 3D printing in construction, including 4 billion for equipment manufacturers.

"A quarter of humanity is poorly housed today, and therefore if we can, through technology, provide a machine that will build a house per day (...) we say to ourselves that with a million machines, we can already curb the growth of poor housing, and two million machines will solve the problem, "argues Antoine Motte.

But there are still steps to be taken, recognizes the boss of Constructions-3D. "These machines will be able to provide solutions when we have succeeded in printing local 'inks', made from clay," he explains.

It then remains to train future construction workers in this new technology.

"Tomorrow, to operate these machines, the ideal operator is someone who will have a little digital skills, who will know the constraints of a building site and who will be a little bit of a mechanic", describes Didier Malbranque, co -Founder of Constructions-3D.

The Valencian start-up has developed a small machine, more intended for training, which is installed in a dozen vocational high schools or schools in Hauts-de-France.

This new technology is of primary interest to cement groups, which provide the raw material.

"We are still in the research phase, but we are moving towards the first projects, the first achievements", assures Olivier Martinage, R&D engineer of the Vicat group, partner of XTreeE in the Viliaprint project.

The research focuses in particular on the "printability" of concrete to "improve performance, print speeds, aesthetic rendering", he explains.

"It is a technology in the making", confirms Yves Baroulier, Major Projects Director of LafargeHolcim. "3D printing will allow us (...) greater sobriety: less material and low carbon".

LafargeHolcim is collaborating with XtreeE on the construction in 3D printing by 2023 of a 40-meter footbridge on the site of the future Paris 2024 Olympic Games in Seine-Saint-Denis.