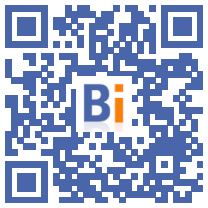 Saudi Arabia has started to compensate residents displaced from working-class neighborhoods in Jeddah as part of a disputed urban project to modernize the major southern city, the official SPA news agency said.

The demolition of several neighborhoods in recent months in Jeddah, as part of an urban mega-project, had angered the evicted residents who had launched a rare mobilization in the Gulf monarchy.

"The payment of the first installment of compensation for the destroyed properties has begun", reported the SPA agency on Sunday evening, referring to an envelope of one billion riyals (about 249 million euros) for the first phase, without specifying however the number of beneficiaries.

Led by Crown Prince Mohamed ben Salmane, the project estimated at 20 billion dollars plans to rehabilitate around thirty neighborhoods in which nearly half a million people lived, in order to modernize this tourist city, located on the Red Sea.

According to the authorities, it is a question of replacing "slums", described as hotbeds of crime, with new buildings, including in particular a stadium and an opera house, and, in the long term, 17.000 housing units.

Disputing the term "slums", the inhabitants denounce the destruction of working-class neighborhoods housing a mixed population of Saudis and foreigners, originating from other Arab countries or Asia.

Among those who saw their homes razed, several told AFP at the start of the year of their fears of not being properly compensated, in the absence of a transparent process.

Demolition work has been completed in 12 neighborhoods and will be completed in the other XNUMX by mid-November, she added.

Saudi Arabia has been seeking in recent years to get its economy out of its extreme dependence on oil, with mega-projects aimed in particular at attracting expatriates and tourists, like Dubai in the United Arab Emirates.