Commissioner of Justice: birth of a new legal profession 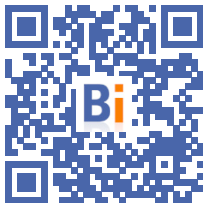 July 1, 2022 will be a historic date that will mark the birth of a new legal profession, that of justice commissioner. Born from the merger of judicial officers and judicial auctioneers, in the extension of the Growth and Activity Law of 2015, this new profession brings together more than 3.700 members spread throughout the territory, under the aegis of their national order, the National Chamber of Commissioners of Justice, to improve and simplify the service to the litigant.

Bringing together judicial officers and judicial auctioneers, the new profession of Commissioner of Justice offers an unprecedented territorial network with more than 3700 members spread over all the regions. First relay of the State and justice on the ground, the commissioner of justice offers real local support to all litigants, individuals, professionals, communities.

The commissioners of justice carry out all the missions of the judicial officers and the judicial auctioneers:

Forming a major new legal profession, judicial officers and judicial auctioneers have in common their appointment by the Keeper of the Seals and their status as public and ministerial officers which confer on them, within the framework of their action with litigants , plaintiffs, defendants, creditors or debtors, and public authorities, a real guarantee of confidence based on strict ethics.

Under the aegis of a national order under the supervision of the Ministry of Justice: the National Chamber of Commissioners of Justice

The new order worked for 3 and a half years on the implementation of the prefiguration of the single profession, working to combine the singularities of the two professions in order to build a new coherent and effective profession.

As for the offices of bailiffs and judicial auctioneers, the vast majority of professionals have already undergone specific training which will allow them to be qualified as judicial commissioner from July 1, 2022.

This July 1, 2022, therefore, bailiffs and judicial auctioneers are reinventing themselves by merging their respective professional sections under the aegis of the National Chamber of Commissioners of Justice. A new common ordinal governance that marks the creation of the profession of justice commissioner.

The function of judicial auctioneer dates back to antiquity. As well among the Hebrews as among the Greeks or the Romans, it was customary to sell at public auction the goods confiscated during the wars of conquest. Sales called “auctiones” (a term kept in the Anglo-Saxon world). The edict of Henry II introduced the auctioneer into France and created in 1576 the formal and perpetual offices of master auctioneers. In 1691, Louis XIV created offices of auctioneers, with a monopoly on public auctions and inheritance of these offices. Louis XV confirms, in 1758, the maintenance of their functions by renaming them Bailiffs-commissioners-auctioneers. The law of July 10, 2000 separated voluntary activity from judicial activity. The latter is carried out by the judicial auctioneers.

The function of judicial officer also appeared very early in the history of human societies Officiales, apparitores, executores, then royal sergeant or bailiff on horseback… Its title and scope of action vary according to the times. The history of judicial officers is part of that of law, of the State, but also of politics, the economy and society. The statute and the competences of the judicial officer evolved since the Middle Ages until the XVIIIth century. The profession then structured itself from the beginning of the 1th century to the present day... and is at the dawn of a new major turning point with the birth of the new profession of justice commissioner on July 2022, XNUMX.

As of this date, the commissioner of justice, a true trusted third party, professional in the right of reference within the framework of his action as a local lawyer, capable of intervening in an emergency to respond to the problems of all litigants, will make his first not in the story.