Combining construction and renovation: the dual challenge of HLMs 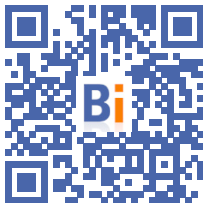 Faced with the triple energy, climate and social crisis, with 2,3 million requests for social housing pending, the HLM movement intends to carry out renovation and construction, but wonders about the technical and financial means to achieve this. 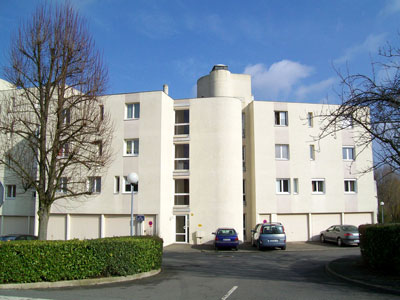 "How to combine quality and quantity"? At a congress in Lyon, the social landlords did not hide on Wednesday the difficulty they will have to massively build housing while ensuring that the approximately 5 million HLM housing units meet the objectives of a park completely renovated to BBC standards. (low energy building) in 2050.

With less than 180.000 new social housing units coming out of the ground in 2021 and 2022, against a government target of 250.000, social landlords are already missing their current construction targets.

In particular, according to them, a disengagement of the State which has been making savings at the expense of social housing since 2017, but also the rise in the rate of the Livret A, the main tool for financing social housing, which would cause them to lose 2 billion euros. euros per year.

Added to this are the growing difficulties in obtaining building permits, soaring land prices in tense areas and the rise in the price of building materials.

"Housing will certainly be the next social bomb, the state is completely uninterested in it, whereas a Marshall plan is needed to restart the machine", warns Hervé Legros, president of Alila, promoter of social housing.

For Emmanuelle Cosse, president of the Social Union for Habitat, which represents social landlords, "today we need to build around 150.000 social housing units per year, whether new or taken over from old buildings, to really improve supply of affordable housing".

If the State has lost ambition on production, according to donors, demand has never been so high.

“It has increased by more than 20% in ten years due to the surge in private prices, the cohabitation of households or aging”, notes Marianne Louis, director general of the USH.

"Do better and more"

For her, there is no arbitration to be made between quality and quantity "since you have to manage to hold both ends of the chain", otherwise "we should choose between the applicants and the tenants" .

In fact, the law obliges landlords to improve the energy quality of HLMs to prevent the most energy-intensive (classes E, F and G) from being prohibited from renting between 2025 and 2034.

While everyone is generally optimistic about the prospect of reaching the 2034 objective, they are more skeptical about the "net zero emissions" in 2050 desired by the national low carbon strategy.

"We will be there for 2034 because we only have one million E, F and G labels, but we will have more than three million D dwellings in 2034 and it will not be possible to transform them into C in 2050 because the capacities of the renovation sector and the loan schemes are not there", warns Marianne Louis.

On the financial side, donors also find the step too high. "It's an investment wall that is insurmountable today," says Marcel Rogemont, president of the Federation of Public Housing Offices (FOPH), which represents half of social landlords.

According to him, the FOPH should spend 3 billion euros per year today for the renovation, whereas it devotes only one billion to it.

Since the pandemic, quality also rhymes with new expectations, including taking into account the well-being of occupants, with buildings that are more pleasant to live in, a greener environment, or more space to be able to work at home.

"We are under an obligation to do more and better. Today, we have a request to put terraces on buildings that do not have them, it costs a blind lot. We need islands of freshness, that costs a lot and yet it has to be done", underlines Bruno Arcadipane, president of Action Logement, the main social landlord.

For him, the solution lies in "more money for housing and more engineering".