The inflows normalized in July at 1,15 billion euros for the Livret A 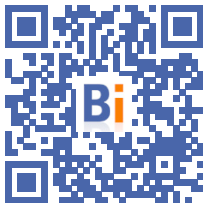 The collection on the Livret A normalized in July, after having garnered record amounts since the start of the pandemic, to 1,15 billion euros, according to figures released Monday by the Caisse des Dépôts.

Last year at the same period, which was marked by the first deconfinement and the end of health constraints, the French had set aside 1,85 billion euros on their booklets A.

This figure of 1,15 billion appears all the more as a return to normal as June, traditionally a month of significant fundraising, had marked a break with zero fundraising.

The deconfinement in June, with the acceleration of vaccination, has led to an increase in the consumption of the French, which therefore affects their level of savings.

Despite a level of remuneration at the lowest 0,5%, the Livret A, which is used in particular to finance social housing in France, has indeed become a safe haven for savers during the crisis triggered by the Covid- 19.

But this normalization after a period of strong savings made Philippe Crevel, director of the Cercle de l'épargne, say that "contrary to many forecasts, the French do not draw on their + covid + cassette and keep a stock of liquid savings without previous".

The Sustainable and Solidarity Development Booklet (LDDS), which finances the social and solidarity economy and energy savings in housing, is also experiencing a normalization of its collection, to 250 million euros in July, against 640 million. last year at the same time.

In total, the net inflows achieved by the Livret A and the LDDS combined therefore amounted to 1,4 billion euros in July.

Total outstandings on Livret A and LDDS reached 470,5 billion euros at the end of July 2021, an increase of 7% over one year.