Coastal erosion: The Association of Mayors of France (AMF) seizes the Council of State 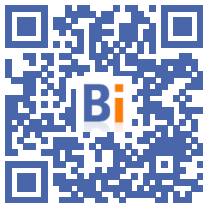 The Association of Mayors of France (AMF) indicated on Thursday May 19 that it had seized the Council of State in order to obtain legal guarantees concerning the obligation imposed on 126 municipalities to adapt as a priority to the erosion of the aggravated coastline. by global warming.

On April 6, the government adopted the ordinance relating to the "sustainable development of coastal territories exposed to the retreat of the coastline", provided for in the Climate and Resilience law of 2021.

This law provides new provisions for the municipalities on the front line facing the rise in sea level and the multiplication of storms and marine flooding.

The AMF underlines Thursday in a press release that "coastal municipalities have been waiting for a long time for the tools and resources necessary for their adaptation to coastal erosion in order to avoid the inextricable legal and human situations revealed by the emblematic case of the Le Signal building. in Soulac-sur-Mer. Built 200 meters from the shore in the 1960s, it is now in danger of collapsing, just 20 meters from the waves.

However, the new tools proposed in the ordinance "do not meet this expectation either from the point of view of legal certainty or that of guaranteeing resources", judges the AMF.

The AMF regrets in particular that "the ordinance operates a hidden transfer of charges from the State to the municipalities, without the dedicated financial resources".

The association therefore indicates that it has seized the Council of State "to question it on the merits of this text and in order to guarantee the legal certainty of this entire system and to support the action of the mayors". .

On May 4, the government published the list of municipalities that will have to produce maps of the risk of coastal retreat at 30 and 100 years. These maps will serve as the basis for new land-use planning rules, including building bans.