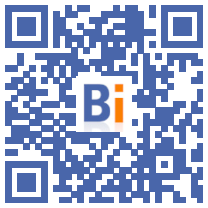 According to 6 out of 10 co-owners, condominium fees have increased in recent years. Energy costs today represent the largest item of these expenses, which amount on average to just over 2.110 euros.

This is one of the revelations of the study conducted by Cotoit, a new generation professional trustee, in partnership with BVA, among 500 French co-owners [1]. Faced with soaring energy prices, these costs are therefore likely to increase significantly in the coming months. To reduce the bill, one of the options is to speed up the energy renovation, especially since nearly 2 out of 3 co-owners have not yet been informed of the new obligations incumbent on them, under the Climate and Resilience law. An essential project that concerns a large number of players - co-owners, trustees, managers - all embarked on these new challenges to be met.

Condominium fees, strongly impacted by the rise in energy prices

According to 6 out of 10 co-owners, condominium fees have increased in recent years. Their amount today amounts to an average of 2.112 euros according to the estimates of the co-owners, with clear disparities depending on the region and the type of trustee concerned. Thus, while Ile-de-France residents mention an amount of 2.700 euros, this is around 1.739 euros in the regions.

In these charges, it is the energy costs that the co-owners identify as weighing the most heavily. They are cited by 32% of co-owners, ahead of maintenance of common areas (24%), trustee fees (15%) and concierge services (8%). A significant energy item, moreover set to increase sharply in the coming months, in the face of soaring energy prices.

In this context, co-owners are looking for solutions to relieve their budget. The vast majority of them (74%) already practice eco-gestures on a daily basis in their homes. In detail, more than 9 out of 10 save water by taking showers rather than baths, while 83% use LEDs to dim their lighting. However, this awareness seems to be essentially limited to basic gestures. When it comes to lowering the heating, for example, they are only 62% to respect the 19°C recommended by the government.

As for embarking on more engaging actions, such as replacing household appliances with less energy-consuming equipment, an even smaller proportion (only 4 out of 10 co-owners) got down to it, while nearly a third of 'between them simply does not plan to do so in the coming months.

Lack of knowledge of regulatory obligations

In addition, 64% of the co-owners questioned were not informed by their trustee of the new obligations imposed by the Climate and Resilience law. This obliges them, in particular, to carry out an Energy Performance Diagnosis for any residential building whose permit was filed before January 1, 2013. It also establishes the development of a multi-year plan, together with the implementation of establishment of a works fund, in order to allow energy works to be carried out within the condominiums. Essential measures, which could also prove useful for co-owners in their search for energy savings.

For Luigi Del Moral, Managing Director of Cotoit: “Not only are these obligations regulatory and the co-owners will gradually have to deal with them, but they also offer a great opportunity to embark on the energy transition together. Together, because this process must be carried out jointly between the syndics of co-ownership and the co-owners, so that the latter are able to make the best decisions for their habitat. »

An essential role in advising and supporting trustees

Depending on the regions, the health of the building and the cash flow of the co-ownership, the measures introduced by the Climate and Resilience law cannot however be deployed everywhere at the same time. Hence the importance of relying on the expertise of trustee managers. But it is also a new change that the latter must absorb, in addition to their primary job: they must, as always, be reactive in the face of requests from sometimes impatient co-owners, but also demonstrate pedagogy and clarity to make the operation of the condominium more accessible, all the more so when the charges increase. At the same time, managers are also seeing their missions become more complex, in the context of new obligations in terms of energy renovation. Also, their business will evolve de facto to adapt to both the needs of co-owners, the unfavorable economic context, and environmental issues.

Cotoit thus strives to support managers in this transformation, through complete mastery of digital tools, increased knowledge of their real estate portfolio, which allows them to fully play their role as local interlocutors, the gradual increase in skills on areas of expertise, as well as limited portfolio management.

For Luigi Del Moral: “Trustee managers are the keystone of energy renovation, which cannot be done without them. They thus play an essential role in supporting co-owners in the face of these developments, in a particularly complicated context. »