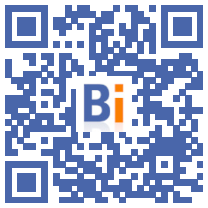 Authorities in Melbourne, Australia have decided to shut down construction sites in the city, due to non-compliance with anti-Covid rules by workers working there and after protests against new, stricter rules.

These sites will be closed for two weeks in response to the lack of compliance with anti-Covid rules and the demonstrations that have taken place, according to authorities in Australia's second city.

More than a hundred construction workers have expressed their anger in central Melbourne where they smashed windows to protest against their obligation to be vaccinated.

The city of Melbourne has lived for seven weeks in strict containment in the face of the rapid progression of the Delta variant. But foci of infection have been identified on construction sites where compliance with the rules is more lax, according to the authorities. "We have been clear: if you do not follow the rules, we do not hesitate to take action," said Victoria Minister of Industrial Relations Tim Pallas, announcing the authorities' decision to shut down construction sites.

"We warned the (building) industry a week ago, we have seen outrageous behavior on construction sites and in the streets, and therefore we are acting decisively and without hesitation," he said.

This administrative closure of the sites puts tens of thousands of workers on technical unemployment and demonstrations are expected Tuesday following this decision.

The boss of the local construction union, John Setka, denounced, in the strongest terms, the behavior of the most violent demonstrators.

"These drunken, dumb fascists unworthy of Australia are the reason construction workers will stay home unpaid for the next two weeks," he said.