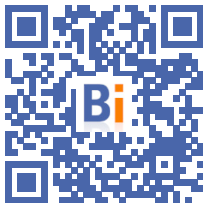 Barbara Pompili, Minister for the Ecological Transition, and Jean-Baptiste Djebbari, Minister Delegate in charge of Transport, welcome the progress voted by the deputies during the examination of the Climate & Resilience bill to set an ambitious and realistic trajectory for the light vehicles as well as heavy goods vehicles, and to complete the Government's action plan on the deployment of charging stations for electric vehicles.

Regarding the greening of the vehicle fleet, MEPs adopted 3 additional major advances:

Regarding the deployment of charging stations for electric vehicles, during the necessary greening of fleets, these measures were the subject of numerous discussions with parliamentarians from the special committee. They were in fact eagerly awaited by industry players, users and communities. They are the sign of a great collective advance:

Barbara Pompili, Minister for the Ecological Transition, said: “The Climate & Resilience law allows us to go further and faster in our actions to green the French car fleet. Electrifying vehicles to decarbonize the transport sector is of course essential, but cannot be envisaged without a complete network of the territory in electric charging stations. The advances voted by the deputies will make it possible to accelerate the deployment of a dense network of terminals accessible to the greatest number. "

Jean-Baptiste Djebbari, Minister Delegate in charge of Transport, declared: “The electric vehicle market is taking off with a 2% market share in 2019, 6% in 2020 and more than 8% in March 2021. The Government wishes to continue supporting this dynamic and the measures voted today will enable the both to strengthen and simplify the deployment of charging stations for electric vehicles. I also welcome the inclusion of an objective in 2040 for the heavy goods vehicle sector, which will give the necessary trajectory and visibility to the entire sector. "