Climate plan: despite inflation, companies continue to invest in greening 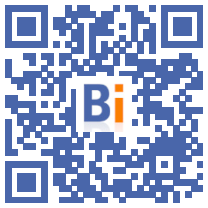 Companies and communities continue to invest in the ecological transition despite inflation, but renewable energies have suffered a brake, according to a report drawn up on Tuesday, September 6, halfway through the government's climate plan, endowed with 40 billion euros.

With 43% of this sum deployed after two years, the public investment bank Bpifrance and Banque des Territoires, a subsidiary of the Caisse des dépôts group, are on track to meet their target by September 2024.

"Companies know very well that there is no problem with financing the climate transition in France today," said Nicolas Dufourcq, CEO of Bpifrance, during a press presentation.

And despite the inflationary context which reduces the means of communities, "energy prices are rising so much faster than construction costs that there is an urgency" to invest in the energy renovation of buildings, explained Olivier Sichel, director of the Banque des Territoires .

The distribution of the loans and subsidies granted by Bpifrance, totaling 20 billion euros, has been profoundly modified due to the downward revision in 2021 of the prices for the purchase of electricity from renewable sources by the State, specifies Mr. Dufourcq.

While Bpifrance planned to double the financing of these energies in four years by granting 13,6 billion euros in loans, the objective was reduced to 8,6 billion for this sector.

The reason is that "in May 2021, Bercy decided to lower the prices guaranteed by the State for the purchase of electricity" for photovoltaic and wind power, recalled the director of Bpifrance.

After this tariff revision, the developers of these clean energies "put down the bag" because they "considered that there was an instability in the French regulatory environment", he added.

Mr. Dufourcq hopes that the law in preparation to simplify the administrative authorizations for these projects will allow them to be relaunched.

At the same time, Bpifrance has significantly increased the financing of projects to help companies green their production, the State having revised upwards the guarantee for these green loans (1,5 billion euros distributed in two years).

The ecological transition of companies, which also includes sobriety diagnoses and for 850 million euros thermal renovations of real estate assets, thus goes from 3,8 billion euros initially planned to 7 billion, while the financing of the Innovation is also accelerating, rising from 2,5 billion to 4,2 billion euros.

For its part, the Banque des Territoires has deployed 8,3 billion out of the 20 billion euros that it is entitled to in the climate plan. The most important item concerns the thermal renovation of 210.000 social housing units, financed by 4,5 billion euros in loans.

“Social housing in France is very thermally efficient and very renovated compared to the private stock,” says Mr Sichel, adding that there is an acceleration in the number of projects for public buildings.

Awareness of climate change and related projects have also evolved.

"Two years ago, we left with the objective of fighting against global warming, of avoiding the unmanageable", recalls Mr. Sichel, according to whom we must now "manage the inevitable". Example: green space projects to avoid heat islands in cities.

In industry, faced with the multiplicity of ecological transformation projects, Mr. Dufourcq fears a "decision-making runaway" with large ordering groups "which will run faster and faster" and SMEs which, "if they are not prepared, face major surprises that can lead to risks of deindustrialization". There is therefore "urgency" to accompany them, he underlines.