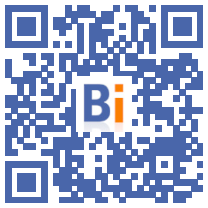 During the Ecological Defense Council on November 27, 2020, the Prime Minister asked four ministries covering major sectors in terms of greenhouse gas emissions (Ministry of Ecological Transition, Ministry of the Economy, Finance and de la Relance, Ministry of Agriculture and Food, Ministry of Territorial Cohesion), to establish an action plan to strengthen the alignment of public policies with France's commitments in terms of weather.

This approach is based on a recommendation formulated by the High Council for the Climate and is intended to cover the widest possible scope in terms of public policies. Thus, new mission letters will be sent to six new ministries.[1] in the next days.

France has a national low-carbon strategy (SNBC) and a national plan for adaptation to climate change (PNACC) which define a long-term vision for both climate change mitigation and strengthening the resilience of territories and the economy.

The action plan of each ministry is a major operational tool that complements this strategic vision and allows the planning and monitoring of actions through a battery of indicators.

The Ministry of Ecological Transition is the first to publish its action plan. It is built around the two key components of climate issues:

This is an unprecedented exercise both for the level of detail required and for the transversality that it implies. For the first time, major ministries covering major sectors in terms of greenhouse gas emissions, such as agriculture or the economy, are screening all their public policies through the ecological transition sieve, in order to '' ensure a more effective anchoring of the fight against climate change. Barbara pompili

In just two years, the High Council for the Climate has become a major player in the public debate. It sheds useful light on government policies with an important role in the evaluation of public policies. Since its creation, the HCC has multiplied thematic reports at the request of the Government or by taking it upon themselves (renovation of buildings, 5G, recovery plan, etc.).

France was a pioneer in creating the High Council for the Climate. No less than eight European countries now have an equivalent body.

Established by the Energy Transition Law for Green Growth (LTECV), the SNBC is France's roadmap for pursuing its climate change mitigation policy and meeting its targets for reducing greenhouse gas emissions. short, medium and long term.

The current SNBC, adopted on April 21, 2020, revolves around two ambitions: achieving carbon neutrality by 2050 and reducing the carbon footprint of the French. To move towards these objectives, the SNBC defines for the French territory greenhouse gas emission reduction objectives for the next fifteen years, reflected in the national carbon budgets covering the periods 2019-2023, 2024-2028 and 2029- 2033.

To respect these budgets and achieve French emissions targets, the SNBC defines 45 guidelines for implementing the transition to a low-carbon, circular and sustainable economy, grouped into 3 categories:

The PNACC defines the actions necessary to adapt, by 2050, the territories of metropolitan France and overseas to the expected regional climate changes. In line with the long-term objectives of the Paris Agreement, and with the relevant objectives of other international conventions, France will have to adapt to the share of climate change that accumulated greenhouse gas emissions in the atmosphere now make it inevitable.

The 58 measures included in the PNACC 2 are divided into 6 main areas of action which take into account all the problems posed by the current and expected impacts of climate change: