Climate and housing law: the Assembly tackles the major issue of thermal strainers 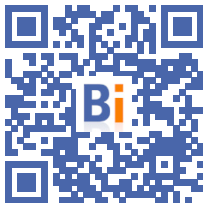 These "energy-guzzling" homes are a key issue in the climate bill: the National Assembly unanimously adopted on Monday evening the ban on the rental of "thermal strainers" in 2028, but the opposition disputes the mechanism chosen, "in trompe-l'oeil".

It will first be prohibited, when renewing a lease or re-letting, to increase the rent of these homes classified F and G in energy performance, one year after the promulgation of the law, examined at first reading. .

In 2025 for the G class and in 2028 for the F, they will no longer be part of "decent housing". According to the government, 1,8 million homes will be banned for renting.

As planned, MEPs have extended the measure to classified E housing in 2034, via an amendment by rapporteur Mickaël Nogal (LREM). This decision will have a "very significant impact in terms of the number of housing units and the objective will not be reached at the current and foreseeable rate of the renovation capacity of the sector", commented on Tuesday the president of the National Real Estate Federation (FNAIM ), Jean-Marc Torrollion.

"Banning the rental of F and G housing is a necessary ambition. Banning the rental of E housing, which alone represents a quarter of the housing stock currently rented, in an unrealistic horizon, amounts to endangering medium-sized housing conditions. term of nearly 5 million French ", warned in a statement three organizations of real estate professionals, FNAIM, UNIS and UNPI.

In the Assembly, oppositions from all sides abstained, criticizing a "trompe-l'oeil ban" (Vincent Descoeur, LR), because having to go through a possible recourse to justice.

"Do you think that someone who languishes in unsanitary housing will have the reflex to go and seize the judge?", Launched the socialist Guillaume Garot.

A "false debate", in the eyes of the Minister of Housing Emmanuelle Wargon highlighting the "legal obligation" to rent out "decent accommodation" with the possibility for the tenant to "appeal to the lessor's responsibility" .

In the majority, François Pupponi (MoDem) recognized "a step forward", but "the sleep merchants can rest easy. A person in an irregular situation who rents a room with his family will not file a complaint, this is where the rub ".

By all accounts, the energy renovation of housing is decisive in the fight against global warming. Buildings (housing and offices) represent a quarter of greenhouse gas emissions in France.

And "today it is one in six homes that can be described as a thermal strainer, that means 4,8 million homes in which households are too hot in summer and too cold in winter," said the Minister of Ecological Transition Barbara Pompili at the beginning of the afternoon.

The government's "target" is to achieve a "low carbon fleet in 2050", for "old" as well as "new", with an average of "B" in terms of energy performance, recalls Emmanuelle Wargon.

The government's proposal is considered insufficient by the left and environmentalists, who have pleaded, like the Citizen's Climate Convention, for "mandatory renovations" by 2040 and significant financial support for households.

The government defends all the aid available (MaPrimeRenov 'in particular) and has added into the law a bank support system for low-income households, with a "partial guarantee" from the State for "advance transfer loans", pledged. on the resale of goods or upon inheritance.

The deputies also adopted a government amendment of "programming" for two periods of five years, specifying that public aid for renovation should be "stable", "modulated according to household resources", with "a remainder to be paid. financially sustainable ".

In the wake of a recent report, the Assembly also voted for "individualized support" to guide households through all stages of renovation.

In addition to the rental ban, a MoDem amendment sets a mandatory energy audit schedule for homes put up for sale: in 2022 for classes F and G and in 2025 for homes E.

As real estate professionals already do, owners who rent or sell their property themselves will have to display the energy performance diagnosis under penalty of sanction, according to an amendment by Mickaël Nogal (LREM).

The definition of "efficient renovation" has been clarified: a gain of at least two classes to reach A, B or C, as well as "the study" and the "treatment" of "six work stations": " insulation of walls, low floors, roof, exterior joinery, ventilation, and production of heating and hot water ".

An "unattainable" goal, according to real estate professionals

The real estate professionals judged Tuesday "unachievable" the objective of renovation in 2034 of the housing classified E on the scale of Energy performance diagnosis (DPE), that is to say a quarter of the current real estate stock, after the adoption by the Parliament of a law prohibiting the rental of "thermal strainers".

"The impact is very significant in terms of the number of housing units and the objective will not be reached at the current and foreseeable rate of the renovation capacity of the sector", commented to AFP the president of the National Federation of real estate (FNAIM), Jean-Marc Torrollion.

MEPs extended the measure to E-rated housing in 2034.

"Banning the rental of F and G housing is a necessary ambition. Banning the rental of E housing, which alone represents a quarter of the housing stock currently rented, in an unrealistic horizon, amounts to endangering medium-sized housing conditions. term of nearly 5 million French ", warned in a statement three associations of real estate professionals, FNAIM, UNIM and UNPI.

"In practice, with this new constraint, E, F, G, we are going to be 12 years old, to renovate nearly half of the private rental stock in France", they add, estimating that the "renovation of E housing" is "a target unachievable in 2034 ".

Mr. Torrollion also reports "a risk of massive disinvestment in the private rental stock if the aid does not follow".

"We think that what would be reasonable is that after 2028 we learn the lessons of what we have managed to do and that we can delay the upgrading of E to 2040", he added. .

The renovation obligation will be based on a new method for calculating the DPE. It will be in effect from July 1 and will eliminate the reference to energy consumption on the basis of past invoices to rely on the physical characteristics of the housing such as the building, the quality of the insulation, the type of windows or the heating system to assign a rating on a scale from A to G.

Coénove denounces the thresholds adopted giving an undue advantage to electricity and aiming in a roundabout way to massify the electrification of building uses, without taking into account the issue of security of supply or even the consumer's wallet.

Aware of the weaknesses of the DPE and wanting to make it the “1st tool for energy renovation”, the Government has set up for 2 years a vast project of reliability in view of its enforceability on July 1, 2021.

To achieve the objective of carbon neutrality by 2050, a weighty criterion completes the DPE scale: carbon. The DPE is therefore now defined by a double scale, one for energy and one for carbon, the poorer performance of the two defining the energy class of housing. A seemingly balanced system, but the bars of which are in fact poorly calibrated.

Imbroglio on the thresholds

To limit the jumps of classes caused by the simple change of method, the focus was put on the worst classes, the F & G called thermal strainers. Yet in the end, 600.000 electric homes will still come out of these classes, without their owners having made the slightest gesture of renovation ... the bills will therefore always be as high, the comfort still as degraded.

In addition, the relaxation of energy requirements, in particular for classes A and B, bringing them respectively to 70 and 110 kWhEp / m2.year, i.e. a relaxation of 40% compared to the current requirement, is totally incomprehensible in view of the 'energy efficiency issue for all energies, except considering that one of them is exempt.

Nothing in fact justifies releasing the pressure on energy requirements, and especially not the 2 complementary uses of DPE, the weight of which is quite relative. "Under cover of reliability, the government chooses once again to promote electricity in the building, ignoring the warnings to caution on the winter peak yet repeated by RTE" laments the Chairman of Coénove Bernard Aulagne.