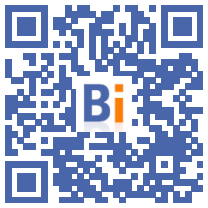 Environmental activists blocked traffic on the Neuilly bridge, in the western suburbs of Paris, on Saturday morning, some sticking their hands to the asphalt, to demand a law on the immediate energy renovation of all buildings in France, noted the AFP.

The action of the "Last renovation" group, whose activist disrupted a semi-final of the Roland Garros tennis tournament last week by clinging to the net, lasted a total of one hour and completely blocked traffic in the direction leaving Paris for about thirty minutes, creating strong deductions.

A dozen activists sat in the roadway, while others distributed leaflets or went to meet stuck motorists, some of whom tried to dislodge the blockers.

Arriving quickly on the scene, the police arrested the demonstrators and reopened a lane of the bridge to traffic, but three of them had stuck their hands to the asphalt with super glue, requiring the intervention of firefighters who took off with solvent, before they were in turn handcuffed and arrested.

"We can no longer sit idly by, we only have a few years to deal with the climate emergency, compared to the millions of victims that this crisis can cause, police custody is not much", explained one of the glued protesters, who introduced himself as Ronan, 22, an engineering school student.

"Last renovation" calls for the immediate vote of a law aimed at the "comprehensive and efficient renovation of the French housing stock by 2040", at no cost for the most modest owners.

The demonstrators received the support of photographer and filmmaker Yann Arthus-Bertrand, very committed to the planet, who came to film the action for an upcoming film. "I find these young people very courageous. It's not my way of doing things, but we need that, these people are fighting for the Earth," he said.