Cleanliness in Paris: "the first ecological gesture is a clean city", according to Valérie Pécresse 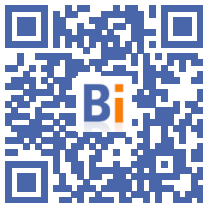 The first ecological gesture is to have a clean city ", launched Monday the president (Libres!) Of the Ile-de-France region Valérie Pécresse to the address of Anne Hidalgo, the PS mayor of Paris whose the report on the subject is disputed on Twitter under the hashtag saccageParis.

"The first ecological gesture is to have a clean city, it is cleanliness, it is to clean your city", declared the various right-wing president of the region, favorite to keep her post at the next regional ones according to an Ipsos poll released on Saturday.

While the municipal executive accuses the right and the far right of being behind a "smear campaign", Ms. Pécresse responds that "at the origin of the #saccageParis movement, TF1 journalists have found citizens, citizens who have posted a hashtag on the Internet. So obviously, the Parisian opposition has taken it up. "

Thursday on RTL, Anne Hidalgo accused Pierre Liscia, various right-wing candidate in the last municipal elections in the XNUMXth arrondissement and spokesperson in the capital of Libres !, the movement of Valérie Pécresse, of being "behind many" Twitter accounts at the origin of this "highly orchestrated campaign".

Pierre Liscia "defends Parisians, he defends these citizens who would like their city so much to be clean", objected to him Mrs. Pécresse who affirms that Paris is "the only city which has not requested to benefit from the cleanliness fund of the Île-de-France region. de-France ", endowed with 4 million euros. "Well, she should do it."

Anne Hidalgo promised to initiate "before the summer" the decentralization of certain powers, including cleanliness, from the central town hall to the 17 district town halls. She also maintained that she wanted to double, during her second term, from 500 million to 1 billion euros the budget dedicated to the maintenance and renovation of the streets of the capital.

"There can be no transfer of skills without a transfer of resources and staff!", Retorts in a statement released Monday the opposition group LR. To do this, the Changer Paris group is calling for "a reorganization of the cleaning department" and "a modernization of tools".