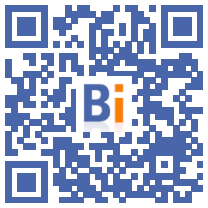 China aims to double its wind and solar capacity by 2025, according to a new roadmap that also allows more coal-fired power plants to be built to boost energy security.

In a document released in early June, the country's central economic planner said 33% of the national grid's electricity supply would come from renewable sources by 2025, up from 29% in 2020.

The world's biggest polluter had previously estimated that it needed to double the use of wind and solar energy by 2030 to meet its commitments under the Paris climate agreement.

This latest plan, if implemented, means that China could achieve this goal sooner.

But the plan also foresees that renewables will cover "50% of growth in electricity consumption" by 2025, which is lower than previous official estimates and indicates greater room for maneuver to develop energy. from coal.

Beijing has increased its reliance on coal-fired power plants in recent months to support its struggling economy as war in Ukraine drives up global energy prices.

China is the largest producer of renewable energy in the world. It has accelerated its investments in solar and wind projects to tackle indoor pollution that researchers say kills several million people every year.

Investment in solar energy nearly tripled in the first four months of the year from the same period a year earlier to 29 billion yuan ($4 billion), according to data from the National Energy Administration.

But the country still burns half of the coal used in the world each year to power its economy.