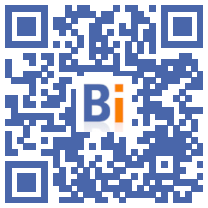 Whole sections of its economy are paralyzed by the return of the Covid. To revive activity, China is once again betting on infrastructure, at the risk of multiplying useless projects and increasing its debt.

The most populous country on the planet has significantly developed its infrastructure in recent decades, particularly in the late 2000s when it came to reviving an economy weakened by the global financial crisis.

Beijing had then invested without counting 4.000 billion yuan (573 billion current euros) in the economy, inflating its debt in sometimes useless projects, but supporting in the process the world economic recovery.

This time, the Chinese government has not announced a quantified plan for the development of major works, according to the minutes of a State-Party meeting released Tuesday evening by the New China agency.

The current state of facilities in the world's second-largest economy "remains inconsistent with the requirements of development and national security," Chinese leaders acknowledged.

In particular, in order to "sustain domestic demand", it is necessary to invest in transport, energy and hydraulic resources.

Do better than America

China has been confronted since the beginning of the year with a slowdown in its economy caused by the generalization of quarantine measures, in the hope of stemming a strong epidemic resurgence.

Shanghai, the country's major economic engine, has been in lockdown since early April, with no end date in sight. Previously, the technological metropolis of Shenzhen (south) had also been placed in quarantine for a week.

These halts to activity make the country's GDP growth target of 5,5% for 2022 increasingly hypothetical.

According to the Wall Street Journal, Xi Jinping has ordered his administration to ensure that the country's growth will outpace that of the United States this year.

Such a performance would confirm the supposed superiority of the Chinese political system over Western-style democracy, the Chinese number one would have pleaded, according to the American daily.

In the meantime, the threat of containment now hangs over Beijing. On Wednesday, the neighboring town of Sanhe announced the quarantine of its 752.000 inhabitants, after the discovery of a positive case.

Elsewhere in the country, significant restrictions have also been taken in Yiwu (east), which risks further weighing on international trade.

The city, located about 300km from Shanghai, is known to be a gigantic market for consumer goods for export.

But positive signs are also emerging with the announcement of the lifting of containment on Thursday in Changchun and Jilin, two large cities in the northeast of the country, the cradle of the automotive sector.

The return of the health crisis has come on top of the recovery in the real estate and technology sectors, which has seriously penalized these two pillars of national growth in recent years.

But they will not allow the economy to revive quickly, warns his colleague Ting Lu, of the Nomura bank.

"With the confinements, it is even more difficult to increase investment in infrastructure, because travel is prohibited and there is a shortage of labor" in the areas concerned, he notes.

In the end, the recovery through infrastructure can at best only "compensate for part of the drop in activity induced by the slowdown in exports, the fall in real estate and the cost of the zero Covid strategy", estimates Nomura in an analyst's note.

Xi Jinping's announcements, however, reassured the markets: after a lower opening, the Shanghai Stock Exchange closed on Wednesday up nearly 2,5%, while that of Shenzhen gained nearly 4%.