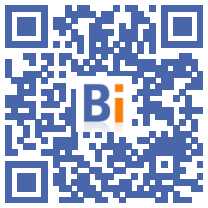 The diversified Chargeurs group experienced an uneven third quarter, marked by a strong recovery in plastic films for the building industry, while sales of masks initiated during the health crisis collapsed, even if the group is maintaining its production capacities.

From July to September, Chargeurs achieved a turnover of 172,9 million euros, up 1,9%, according to a group press release published a few days ago.

Sales of films intended to protect windows, stainless steel plates, furniture or household appliances jumped 28% to 86 million euros, which reflects "the building boom all over the world".

Textile sales have also soared, with the reopening of shops and the end of the sale of stocks.

Chargeurs is one of the two world leaders in technical textiles and interlining (technical reinforcement of fabrics which gives structure to clothing for shirt collars or sportswear for example), with the German Freudenberg.

The turnover of the "fashion technologies" division thus increased by 19% to 39 million euros. That of "the" luxury materials "division (high-end wool in particular) by 125% to 22 million euros.

On the other hand, the "health solutions" division saw its turnover plunge 76% to 11 million euros with the fall in sales of masks, textiles or surgical.

The group nevertheless maintains its production capacities to "be able to provide masks in the event of demand or a new epidemic," commented an official with AFP.

During the pandemic, Chargeurs opened lines of textile masks in the north and Alsace by pivoting its industrial production tools linked to fashion and textiles.

It has also invested, with the help of public subsidies, in the production of "meltblown", the filter material for surgical masks, which the country lacked last year when the epidemic began.

Sales of the "museum solutions" division, which focuses on interior fittings and the scenography of exhibitions and museums, rose 7,6% to 14 million euros.

"We have a thick order book, but billings have fallen behind due to the impediment of certain sites due to restrictions on travel or work at the sites," said an official.

Chargeurs notably won a project for an open-air museum covering several hectares in Saudi Arabia, and the redevelopment of a wing of the Washington Air and Space Museum in the United States.

In this area, the group has announced its intention to acquire "100% of British Event Communications", a specialist in the design and planning of museum projects.

In total, the group forecasts a turnover "exceeding 700 million euros" for 2021.