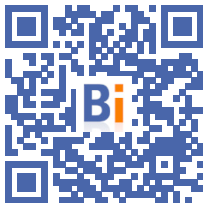 Masks, protective films, or museum renovation: the diversified industrial group Chargeurs achieved record sales in the first quarter, up nearly 15%, after quickly adapting to the needs of the pandemic.

From January to March, Chargeurs achieved a turnover of 180,8 million euros against 157,5 million a year earlier, an increase of 14,8%, the performance "the highest for several decades", indicates a statement from the group released Tuesday.

The increase in sales is supported by two divisions: Chargeurs protective films, which grew by 10,5% with a turnover of 76,5 million euros, and the "Museum solutions" division acquired there. has three years, whose growth amounted to 55,6%, to 12,6 million euros over the quarter.

During the pandemic, the museums closed, "which allowed us to increase our portfolio of orders", many museums deciding to launch renovation programs during this period, explained the CEO of the group Michaël Friborg on BFM Business.

Chargeurs, on the other hand, suffered the effects of the slowdown in two other divisions: fashion technologies, whose sales fell by 30% compared to 2021, to 31,6 million euros, and luxury materials, whose turnover business fell 38,9% to 18,4 million euros.

"Chargeurs fully assumes to have a diversified model" indicated Mr. Friborg, "it is its history". "It is also a model of industrial luxury which pays" he said, explaining that he aspired to "promote French know-how" in niches hitherto poorly capitalistic.

During the Covid-19 pandemic, Chargeurs opened lines of textile masks in the north and Alsace by pivoting its industrial production tools linked to fashion and textiles. The latest productions are 100% recycled and 100% recyclable.

The group also has several lines of surgical masks and FFP2, and its Healthcare solutions division is developing a virucidal spray solution with continuous action, the first customer of which is the transport operator Transdev for the disinfection of buses.

Michaël Friborg also recalled the objective of the new development program launched over 5 years, called "Leap Forward 2025": to achieve a turnover of 1,5 billion euros and an operating profit from activities of more than 150 million euros, by the end of 2025.