The change of borrower insurance contract soon possible at any time? 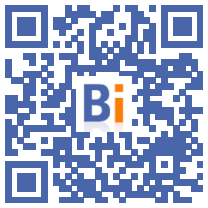 The Minister of the Economy Bruno Le Maire said on Wednesday he was in favor of making it possible to change borrower insurance at any time during the contract, while a bill must be discussed Thursday in the National Assembly on this topic.

"I am in favor of the law proposed by (MP) Patricia Lemoine (Agir ensemble), because I think it is a fair proposal and here also protective of the purchasing power of the French," said Bruno Le Maire. on Franceinfo.

It is necessary "to put competition to reduce costs", he justified.

“Today you can only change your borrower insurance for the first year and then on an anniversary date. credit insurance, if you think you can find better and cheaper elsewhere, ”the minister explained.

Responding to concerns about purchasing power

According to an assessment by Bercy, for a first-time buyer who borrowed 250.000 euros at 35 to buy his first home, such a measure "could save him over the term of his loan over 25 years, nearly 4.000 euros", detailed Bruno Le Maire.

The proposal will be examined at first reading at the Palais Bourbon as part of a day reserved for the Agir ensemble group, which is part of the majority.

It benefits from a so-called "simplified" procedure allowing for a faster examination by the two chambers, with the aim of coming into force in the next few months, before the end of the legislature. Its clauses will be valid for future and current contracts.

Similar provisions already examined by parliamentarians in recent years had failed in the face of government reservations and hostility from banks, which hold 88% of the borrower insurance market and accused of obstructing.

The latter are in a privileged position to offer their own borrower insurance to their clients, a situation denounced by insurers and consumer associations.

But faced with the current concerns of the French on purchasing power, "the government has acquired the firm conviction that it is the right time" to proceed with this reform, said Ms. Lemoine at a press conference of her. group.

The loan insurance market is estimated at nearly 10 billion contributions per year, and concerns nearly 7 million owners with outstanding credit.

Mr. Le Maire also said he was in favor of another measure of this bill, which provides for "the opening of work with banks and insurers on discrimination in access to borrower insurance when we have been sick".

"It is also a question of fundamental justice", underlined the minister, adding to wish that the right to be forgotten on the antecedents of cancer, currently ten years, is shortened.