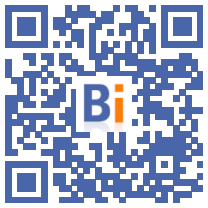 The Secretary of State for digital Cédric O defended the "essential technology" of 5G in the face of the reluctance of the EELV mayor of Strasbourg, Jeanne Barseghian, who is calling with other elected officials for a moratorium on its deployment.

"5G, which will be deployed in France by the end of the year", will become "in the short term" an "essential technology to avoid the saturation of 4G networks, given the increase in consumption", pleaded Mr. O in an interview with the Latest News from Alsace (DNA) and posted Tuesday evening on the site of the regional daily.

Due to the defense council on the Covid, Mr. O had to cancel a trip to Bas-Rhin on Tuesday on the theme of "mobile coverage and the deployment of very high speed and 5G".

Asked about the reluctance of the EELV mayor of Strasbourg, Jeanne Barseghian, co-signatory in mid-September with several left-wing elected officials and environmentalists from a platform calling for a moratorium on the deployment of 5G, Mr. O pointed out "a form of hypocrisy from some elected officials on the issue of 5G, while this technology consumes less energy than 4G ".

The Secretary of State had already strongly denounced a fortnight ago in an interview with Parisian the moratorium on 5G voted by the city of Lille.

"The City of Strasbourg bought a tool for measuring exposure to waves a few years ago," he continued, explaining that the community therefore had "the possibility of checking what will change 5G".

The controls of electromagnetic wave emissions, carried out mainly at the request of municipalities and associations, "will be strengthened" and increased to "10.000 in 2021, including 4.800 dedicated to 5G", he confirmed.

"If the mayor of Strasbourg has any doubts, we are prepared to do as much as it takes in Strasbourg," MO added.

While some elected officials of the Eurometropolis of Strasbourg, including Ms. Barseghian, have expressed reservations about the local establishment of a factory for the production of 4G and 5G equipment by Chinese telecoms giant Huawei, he said. also insisted on the fact that "5G is also a lot of jobs".

"Mayors must realize the economic impact that their positions can have," he warned.